Robert “Bobby” Oliver is the only child of Barbara Sinatra, the fourth and last wife of the  legendary crooner, Frank Sinatra.

Robert’s mother has sadly passed away at the age 90 in her home in California. The widow of Frank Sinatra and philanthropist, is said to have died of natural causes. She was surrounded by family and friends at her home in Rancho Mirage, California.

Robert’s mother had a very eventful and interesting life to say the least. The former model and Las Vegas showgirl married a handful of times and surrounded herself with the biggest celebs back in the day.

The Bosworth, Missouri, native began her modeling career at 18 after her family moved to Long Beach, California. She became famous in her own right for her work battling child abuse.

She is survived by her only child, son Robert “Bobby” Oliver, born from her very first marriage.

Barbara was first married to Robert Harrison Oliver. The two wedded in the 1940’s and were divorced in the 1950’s.

Her second marriage was to Zeppo Marx, of the famous Marx Brothers comedy family. She and Marx were married in 1959 and were divorced in 1973.

According to her book, “Lady Blue Eyes: My Life with Frank,” Barbara first met her superstar husband when she was asked to be a doubles partner with his second wife, Ava Gardner.

She and Sinatra married in 1976 and was the last of his four wives. The couple were married for 22 years when the singer died of a heart attack in 1998.

In 1986 she and her husband founded the Barbara Sinatra Children’s Center, which is located on the Eisenhower Medical Center campus in Rancho Mirage, California. 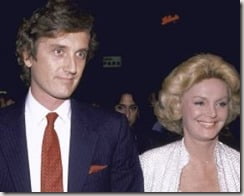 Robert “Bobby” Oliver is also known as Robert O. Marx. He serves as the vice chairman of the Hearst Castle Preservation Foundation. 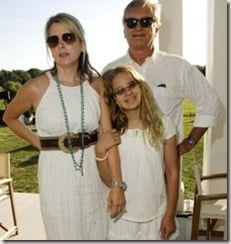 His father Robert Oliver, was a bartender and singer known as Bob Oliver. After his parents divorce, his mother moved to Las Vegas to live with boyfriend, Joe Graydon. The two struggled with their finances the relationship fell apart. While working as a show girl in Vegas, Robert’s mother met and subsequently married Zeppo Marx, 26-years-her senior and who gave Bobby his last name.

Robert “Bobby” Oliver is married to wife, Hilary Roberts. The two are the proud parents of one daughter, Carina Blakeley Marx.

Prior to his marriage, he dated model Cheryl Tiegs in the late 80’s.