Mansoureh Khojasteh Bagherzadeh husband is Iran’s head of state, commander in chief, and top ideologue.
She has been married to her husband for decades and together are the proud parents of six children.

Mansoureh’s husband was born Ali Khamenei on July 16, 1939 in the holy city of Mashhad, in the province of Khorasan.
His father was a religious scholar of modest means, and Khamenei, the second of eight children, followed his father’s path to seminary. (Two of his brothers are also clerics.) He studied in Qom from 1958 to 1964, and while there, he joined the religious opposition movement of Ayatollah Ruhollah Khomeini, in 1962. He played an important role in the 1979 Iranian Revolution and went on to become Iran’s president, from 1981 to 1989, and then Khomeini’s successor as supreme leader. 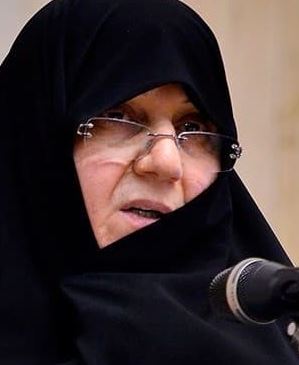 The dominant figure in Iranian politics is not the president but rather the supreme leader, Ayatollah Ali Khamenei. The Iranian constitution endows the supreme leader with tremendous authority over all major state institutions, and Khamenei, has held the post since 1989.
He is the second-longest serving head of state in the Middle East. He was previously the president of Iran from 1981 to 1989.

Mansoureh Khojasteh Bagherzadeh and Ayatollah Ali Khamenei became husband and wife in 1964.
During their 55-year marriage, they have become parents to six now adult children. Mansoureh Khojasteh Bagherzadeh is the mother of four sons, Mostafa, Mojtaba, Masood, and Meysam; and two daughters, Boshra and Hoda.
The couple’s first child is Mostafa, is a cleric and is currently married to Ayatollah Aziz Khoshvaght’s daughter.

Mansoureh Khojasteh Bagherzadeh served as first lady of Iran during her husband’s presidency from 1981 to 1989.