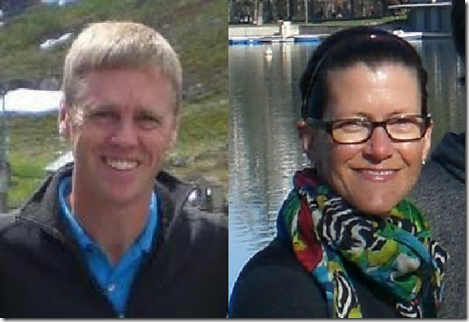 What a true tragedy, the outcome of yesterday’s plain crash where at least four people lost their lives keeps on getting darker for the residents of the houses it crashed on! As of late last night it was confirmed the tragic and sad death of father and son; Bill Henningsgaard and his teenage son. Officials have said four bodies have been pulled from the site where a plane crashed into two Connecticut homes.

The father and his son, identified as Bill and Maxwell Henningsgaard  – were on the East Coast visiting colleges, according to the agency. Connecticut officials said Henningsgaard was set to land at Tweed-New Haven Airport, but missed the approach and attempted a second approach. Terrible tragedy where a father, husband and just a true selfless person and his son as well as others have lost their lives.

Bill is survived by his wife Susan and two other children. Susan’s husband was flying a Rockwell International Turbo Commander 690B, a multi-engine turboprop aircraft; according to initial reports there was no distress call from the plain.

The couple had been SVP partners since 1998. Susan led the King County Youth Summit 2011 Advisory Group to develop, fundraise and host a youth leadership conference with 150+ participants and 17 workshops. Just as her husband, Mrs. Henningsgaard life interest lies in youth development. According to her SVP profile Susan also worked at Microsoft in marketing and the international product group.

Susan is a graduate from the University of Wisconsin-Madison, she has a bachelor of business administration; but her true passion has been philanthropy, she has put her heart and soul to community volunteer efforts and has an outstanding list of achievements as an SVP partner.  Her efforts go from coaching soccer and teaching youth computer classes to leading teen programs. It was her interest in youth that inspired her to join the Eastside Pathways Board. She has facilitated the teen grant making program Social Venture Kids (SVK), a Social Venture Partners (SVP) program for the past five years. SVK has invested over $100,000 in King County nonprofits since its inception in 2000. Susan had great inspiration from her parents; her father, a school principal and her mother, a teacher; however she took a different path landing a project management job at Microsoft. But 2002 will be a year she would never forget, that was the time when she and her family took the year on the road! Can you imagine the memories, those memories that no one will never take away.

Susan had in her heart to volunteer and one her kids gave her the chance, little by little she built connections with youth development programs until gearing up to engage as many as 250 teenagers in an all-day summit, she probably wouldn’t have believed it but it did happen.

Susan’s efforts paid off when in 2009 she teamed up with The Seattle Foundation’s Youth Grantmaking Advisory Board and held a Youth Philanthropy Summit for 20 teen philanthropists.  The following year the Summit changed and expanded to include 11 different youth activist organizations, and more than 60 kids. She had teens coming up to her and saying things like:

“This was so cool.  Can I be on the committee next year?”

We can say for sure, her work with this kids, her efforts have made this kind of awareness in youth programs grow and evolve. Just a truly selfless person can give to others in need, someone that is happy within can orient the life of the young like Susan has.

We send our deepest condolences to Bill’s wife and daughters and Max’s mom and sisters, Susan Sullivan, Eleanor and Lucy.

You can also see her on the HAGA benefactor’s list along with her husband here.

And her LinkedIn profile here.