You probably know television host Jeannie Mai is currently dating rapper Jeezy, whose real name is Jay Wayne Jenkins. Jeannie who is also a stylist is a regular guest on shows like the Insider, Extra TV, Entertainment Tonight, E!, and The Today Show.

Jeannie the daughter of a Chinese father and Vietnamese mother; Mai started her makeup artist career with MAC Cosmetics when she was 18. Her dedication and hard work paid off, and soon she was working with celebrities like Alicia Keys and Christina Aguilera.

Hosting came later on in 2003, for example when she got a hosting gig for Stir and the California Music Channel and subsequently reporter and producer of WB’s The Daily Mixx.

As for her personal life, Jeannie Mai and her now ex-husband Freddy Harteis tied the knot on August 11, 2007. 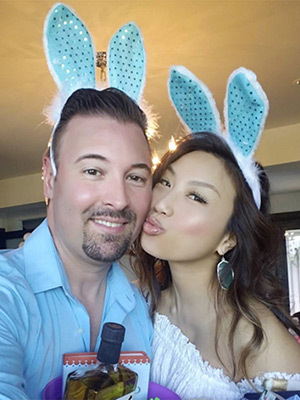 Harteis the host of Sportsman Channel’s show Hollywood Hunter; he was the producer of the television series The Real and  The Maverick in 2019 and 2017, respectively.

She started dating rapper Jeezy in November 2018 and announced their engagement on April 6, 2020.

Their romantic proposal came in April while quarantining together at this L.A home.

“Jeannie and Jay were set for a trip to Vietnam this April. What Jeannie didn’t know is that Jay was planning to propose,” Mai’s rep tells PEOPLE. “Instead, Jay decided to bring Vietnam to Jeannie with a surprise quarantine date night in his home filled with Vietnamese food and decor.”

Jeezy born on September 28, 1977, in Columbia, South Carolina, grew up in Atlanta. He launched his label imprint CTE World in 1998.

He released his first studio album, Let’s Get it: Thug Motivation 101 in July 2005; a year later, released The Inspiration. Jeezy joined U.S.D.A. along with Blood Raw and Slick Pulla in 2007, together they released Cold Summer.

Jeezy released his third album The Recession in September 2008; Thud Motivation: 103 came out in May 2011.

In 2014, released Seen it All: The Autobiography and church in These Streets came the following year. Jeezy released Trap or Die 3 in 2016 and Pressure in 2017. his most recent album released in 2019 is TM104: The Legend of the Snowman.

Furthermore, Jeezy has two sons, Shyheim and Jadarius, the latter was stabbed during and altercation in Atlanta in December 2018 and got involved in an ugly dispute with his father in 2013.