Richard Buckley is the husband of former Gucci designer Tom Ford. After he left Gucci, Ford launched his own menswear, beauty, eyewear, and accessories line. Most recently he is the screen writer, producer and film director of the 2016 movie Nocturnal Animals starring Amy Adams and Jake Gyllenhaal.

We all know Tom Ford and his years at Gucci, it was while he was a young 25-year-old designer in New York that he met the handsome then 38-year-old Richard Buckley. The year was 1986, at a New York’s fashion Show Buckley was the fashion editor of Women’s Wear Daily.

He was confident and handsome; in a way that made him almost unapproachable. His stare was so intense, that it completely unnerved me. Eventually when the show was over, I literally bolted out the door and down the street to avoid him.

Ten years passed before they saw each other again. Tom recalled..

My employer, Cathy Hardwick, sent me to the office of Women’s Wear Daily to retrieve some clothes. I was directed to the roof, where they were being photographed, and as the elevator opened, there was the man with the eyes the color of water.

He rushed over and introduced himself as Richard Buckley. Told me that the clothes were actually downstairs, and offered to take me down to what was then called ‘the fashion closet. He was adorable, and he was a complete fool.

They started dating December, that same year to be exact; they moved in together in January, 1987 and six months later Mr. Buckley was diagnosed with cancer. 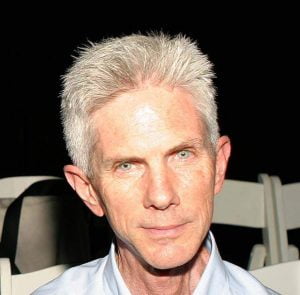 Richard Buckley, first spend three and a half years working in Paris, France. Upon his return to the U.S he got a job as the editor of Scene Magazine in New York; subsequently worked as the editor in chief of Vogue Hommes International.