the perfect explanation of how to get gorgeous babies. Keep reading to know Laurens van Leeuwen’s biography.

Laurens van Leeuwen’s girlfriend was born Romee Strijd on July 19, 1995. The 21-year-old Netherlands native has been a Victoria’s Secret angel since 2015.

Romee has been all over the place doing her thing since she was 17. She is currently signed to DNA Model Management agency.

2014 was a big year for the 5 ft 11 in model. That year she was picked to be one of the newcomers at the Victoria’s Secret Fashion Show. 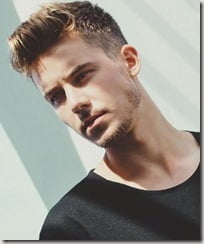 Dating a high profile model can be complicated but Laurens van Leeuwen and gorgeous Romee have been dating for several years, so they probably have it pretty much figured out.

Laurens van Leeuwen is also from the Netherlands, he was born November 26, 1990. Also blessed with great looks, Laurens also dabbled into modeling growing up.

He is the son of Bert van Leeuwen, who is a celebrity in the Netherlands. Bert is the presenter for the popular television show, Family Dinner. 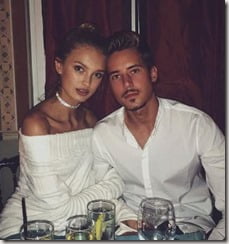 He has a younger sister –who is actually responsible of Laurend and Romee’s romance.

Laurens van Leeuwen met Romee through his younger sister. It turns  out, Romee and Laurens’ sister were really good friends growing up and from there the romance blossomed.

Laurens is currently based in New York, where he works as a business consultant. The 26-year-old describes himself as an entrepreneur, coach & consultant.

Accoridng to his LinkedIn, Laurens is also co-founder of clothing line Party Pants. Most recently, he co-funded WineClub in Netherlands.

Laurens van Leeuwen holds a master in business from Universiteit van Amsterdam, he also attended a semester at the University of New South Wales. He speaks Dutch, German, English and French.

According to social media info, the lovebirds have already talked about marriage. They are both active on social media –where they can be seen on romantic outings or having fun with friends.

Any thoughts on the hot couple?

Think boyfriend Laurens van Leeuwen will be cheering for his girl during this year’s victoria’s secret fashion show in Paris?