Amanda’s actor beau got down on what knee and popped the question to Pacheco on New Year’s day and she said yes! The 39-year-old actor, director and producer was born in Miami, Florida but grew up in Venezuela. He has three siblings named Christian, Marylin and Stephanie.

His first acting job was for a Spanish-language Pacific Bell commercial. He is well known for his roles as Fez on the popular sitcom That ’70s Show and as Special Agent Nicholas Torres on NCIS. He has also had recurring roles on Grey’s Anatomy and The Ranch. Wilmer also hosted the MTV series Yo Momma from 2006 to 2007. His film credits include Fast Food Nation, Zoom and Larry Crowne. 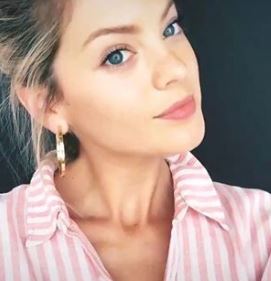 He famously dated actress and singer Demi Lovato from 2010 to 2016. He previously dated Lindsay Lohan in 2004 and was also in a relationship with actress Mandy Moore nearly two decades ago, from 2000-2002. However, the owner of his heart is short haired beauty, Amanda Pacheco.
The couple was first romantically linked in April 2019, when they were photographed shopping in Los Angeles. In June, they attended Joe Jonas and Sophie Turner‘s wedding celebrations in France.

28-year-old Amanda Pacheco is a model currently signed to Scout Model Agency. As a model she’s also worked with JE Model Management and has modeled for a number of brands such as Goorin Bros and Beyond the Beach.
In addition to her modeling career, she is also a certified scuba diver in fact, she is a divemaster -meaning she is licensed to lead recreational scuba diving excursions!
The San Diego native is said to have lost her mom, Tracy Morgan to ovarian cancer a while back. As a result Pacheco fights for ovarian cancer awareness.
Amanda keeps active on social media, however she enjoys a low profile. It is not clear how or when she and Wilmer met.