Keith Kinnunen has been identified as the author in the latest shooting which took place over the weekend at a Christian church in Texas.

Keith Kinnunen is said to have killed at least two people inside the West Freeway Church of Christ in White Settlement, Texas. The Sunday morning church service was cut short when the shooter opened fire.
He’s been named as Keith Thomas Kinnunen, check out everything you need to know in his top facts. 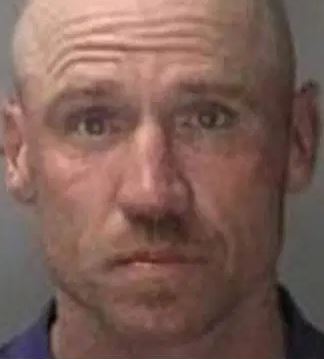 #1 He was an aspiring boxer

Kinnunen was born in Kansas on November 26, 1976. He had a brief career as a boxer while in Texas. According to a profile, Kinnunen was active as a boxer back in 2004. He was listed as a middle weight division boxer who only fought in two bouts. He lost by KO in October 2004, but won his other match by a KO in November of the same year.

#2 The shooter had a criminal record

43-year-old Keith Thomas Kinnunen Kinnunen had a criminal record in Tarrant County including charges of aggravated assault with a deadly weapon in 2009 and theft of property in 2013. River Oaks police arrested him in 2009 and 2015 on warrants for unpaid traffic tickets.

Kinnunen also was arrested in September 2016 for possession of an illegal weapon in Linden, New Jersey, after he was found taking pictures outside an oil refinery, according to news reports at the time.

#4 He described himself as a homeless

Kinnunen who lives in several states, told authorities he was traveling from Texas, was homeless and was taking photos of “interesting sites.”
At the time of his New Jersey arrest, Kinnunen also had a warrant for his arrest in Oklahoma for aggravated assault, mycentraljersey.com reported.

Keith Kinnunen killed two people during the quick shooting including, 64-year-old Anton ‘Tony’ Wallace -a deacon, and 67-year-old Richard White, of River Oaks -who was part of the volunteering security team of the church.

#6 Keith Kinnunen was also killed during the shooting

In a turn of events, Keith Kinnunen was also killed after parishioners confronted the gunman and exchanged fire. The church’s heroic volunteering security immediately approached Kinnunen and returned fire, killing him. An armed security guard, identified as Jack Wilson, took down Kinnunen with a single shot.

#7 Kinnunen heard some of the service before the shooting

According to reports, the Keith Kinnunen; walked into the church and headed to a bench to take a seat when according to the White Settlement Police Chief; he suddenly stood up, pulled out a shotgun and began to shoot. As a result two parishioners were killed. The whole thing was over in seconds thanks to the quick action of the church’s armed security team -which is conformed by volunteers.

#8 He was wearing a costume for church

Kinnunen is believed to have been wearing a disguise, including a fake beard, when he stood up, pulled a shotgun from his clothing and opened fire inside the church.

According to reports the FBI is working to identify the shooter’s motive. A Special Agent in Charge of the FBI’s Dallas field office, said the gunman was “relatively transient,” but had roots in the area.

Kinnunen is said to have been to the West Freeway church before but was not well known by churchgoers -however, he received helped with food on a number of times.