Sulli, known as a K-pop singer turned actress -was found dead at her home in Seongnam, South Korea. The Asian stunner was only 25.

Sulli is said to have been suffering from severe depression and authorities believe she committed suicide. Her body was found dead by her manager on Monday afternoon after he was unable to reach her.
Police said they found a note at the scene but have yet to analyze its content. Her death is still being investigated.

It’s been widely reported that many K-pop stars or idols, are subject to intense pressure, which has been linked to a mental health crisis in the industry.
Sulli was born Choi Jin Ri on March 29, 1994 in Yangsan, South Gyeongsang, South Korea. She is survived by her mother and three brothers. 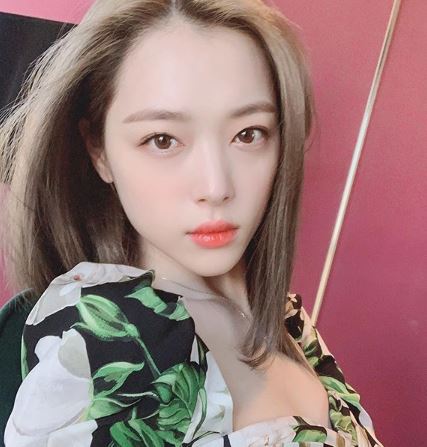 Jungbu Elementary School, Chungdam Middle School, Seoul Performing Arts High School. She is well known for having been a member of South Korean girl group f(x).
However, she debuted as a child actress and had acted in a lot of dramas and movies before debuting with f(x), making her first television appearance in 2005 as the young Princess Seonhwa of Silla in SBS’s “The Ballad of Seodong”.
She was with the group from 2009 until her departure in 2015. At the time it was reported Sulli wanted to focus on her acting career. She then had a three year hiatus until the 2018 single “Dayfly”
Earlier this year she made her solo debut with the single album “Goblin” released in June of 2019.

Sulli who had over six million followers on Instagram, was known for being outspoken and unashamedly told her fans that they had a choice about ‎how to display their bodies and that didn’t always suit well with everyone.
Sulli was also vocal about reciving negative online comments and many believe it was due to the online abuse she received that she suspended her K-pop work.
She is believed to be single at the time of her death, in the past she was romantically linked to Kim Min-joon.