Robert Levine is the third husband of the amazing actress and activist Mary Tyler Moore. The New York native famous for her role as Mary Richard in the Mary Tyler Moore show among others, died at the age of 80 on January 25, 2017.  Mary had struggled with type I diabetes, heart, and kidney problems. In addition to that, she underwent brain surgery in 2011. She was placed on a respirator a week prior her death. Mrs. Moore is survived by her husband Dr. Robert Levine.

Cardiologist Robert Levine 64, is the son of Mr. and Mrs. Irving Levine of Port Washington, L.I. His father was the national director of domestic affairs for the American Jewish Committee in Manhattan. 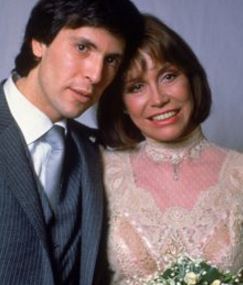 His mother Marion, worked as an executive director of the North Shore Child Guidance Centers in Nassau County.

Dr. S. Robert Levine, a physician, became Moore’s husband in 1983. Accoridng to the NY Times, the couple wedded in the Pierre Hotel. At the time of their nuptials Moore was 45 and Levine 29-years-old.

At the time, Levine worked as a senior fellow in the division of cardiology of Mt. Sinai Medical Center. Dr. Levine received his medical degree from the Stritch School of Medicine at Loyola University in Chicago. 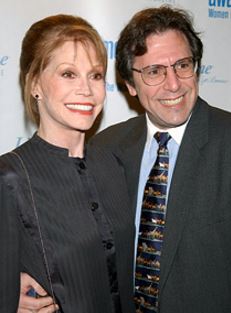 Before Levine, Moore had been been previously married twice. Her first husband was Richard Carleton Meeker. They married in 1955, at the time she was only 18. He was 10-years-her senior.

Moore and Meeker had been neighbors at the time they met. He worked sales manager who had served in World War II and the Korean War.

Weeks after their nuptials, Mary Tyler Moore became pregnant with the couple’s only child. She gave birth to son, Richard Jr. on July 3, 1956. 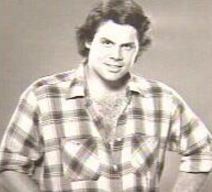 Moore and Meeker divorced in 1961, after six years of marriage.

Richard Carleton Meeker who died in 2003, married a second time. Accoridng to his obituary, he married second wife in 1986. He was 86. 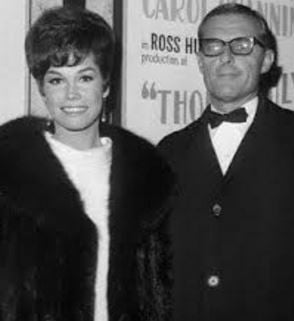 Following her divorce, Moore went on to marry second husband, Grant Tinker in 1962. This is thought to be her most famous marriage since Tinker, was the chairman of NBC. Their marriage lasted 18-years.

Tinker was an award-winning television producer who served as Chairman and CEO of NBC from 1981 to 1986. 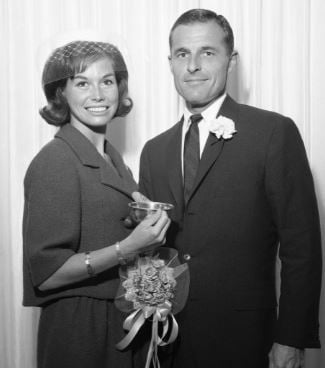 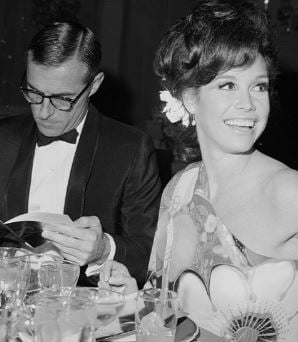 Aside form her two divorced, Mary also suffered the horrible loss of her only son.

Richard Meeker Jr. who was born on July 3rd, 1956 from her first marrige died in his early 20’s. In 1980 at age 24, he tragically died following a shotgun incident.

Richie who apparently was a gun collector, accidentally shot himself in the head while handling the shotgun. Richie Meeker studied at the University of Southern California and was employed at CBS.

According to an obituary, his ashes where scattered in a stream at Mammoth Mountain, California.