Patrick Paddock has been named as the father of Las Vegas shooter, Stephen Paddock –who is the man behind the death of at least 50 people in what has been described, the deadliest shooting incident in the history of the United States.

Stephen Paddock opened fire during Jason Aldean’s concert in Las Vegas, killing at least 58 people and hospitalized more than 515 others at the Route 91 Harvest Festival on the Las Vegas Strip. With the death toll surpassing the 49 killed at a nightclub in Orlando, Florida, in June 2016.

Paddock aimed at concert goers from a room on the 32nd floor of the Mandalay Bay Hotel and Casino. 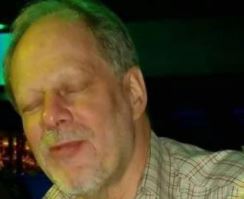 Stephen who killed himself before police got to him, was a retired accountant who had a license to fly small planes and owned two aircraft.

The 64-year-old lived in Mesquite, Nevada; in a two-bedroom home, which is part of a retirement community about one hour from Las Vegas.

Sheriff Lombardo, said Paddock had no prior “derogatory” interactions with police, except for one citation several years ago. Las Vegas police said Paddock’s only previous known brush with the law was a routine traffic violation.

Eric Paddock, the suspect’s brother, described his brother as “just a guy” who enjoyed going to concerts and gambling at casinos in Las Vegas.

Though FBI said Paddock had no connection to any international terrorist group and also did not present previous criminal history, the same cannot be said about his late father. 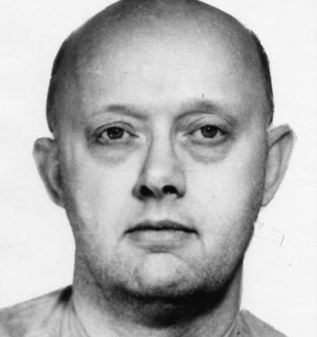 Patrick Benjamin Paddock was a violent bank robber in the 1960s and 1970s, it has been revealed. He became one of the most notorious criminals in the country during his heyday making the top ten most wanted list of the FBI.

Patrick Paddock was a businessman who in his mid-30’s was described as a ‘psychopathic who carried arms and robbed banks.’ At the time people close to him said they couldn’t believe the crimes he was involved with.

Newspaper reports say that Patrick was living in Tucson with his wife and four children –when he was accused of stealing $20 thousand dollars. Stephen’s father was convicted of armed robbery and sent to prison. He broke out of prison in 1968.

The older Paddock was also involved in a violent attack in Las Vegas, according to a report in Tucson’s Daily Citizen. When he was apprehended by the FBI, he attempted to run down an agent using his car. He was also involved in another bank robbery in San Francisco while being a fugitive.

Patrick Paddock who was also known as Benjamin Hoskins Paddock and as “Chromedome,” “Old Baldy,” and “Big Daddy, was eventually re-captured in 1977 in Oregon, at the time he ran a bingo parlor and had changed his name to Bruce Werner Ericksen. He died in 1998.