Stephen Paddock has been named as the man responsible for the death of at least 50 people after he opened fire during Jason Aldean’s concert in Las Vegas.

Thousands were gathered to enjoy the Route 91 Harvest Festival on the Las Vegas Strip. It was country music singer, Aldean’s turn when Paddock began showering bullets at concert goers from a room on the 32nd floor of the Mandalay Bay Hotel and Casino.

Learn more about the gunman in his top ten facts below. 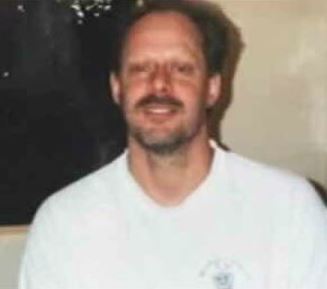 Police reports say Paddock killed at least 58 people and hospitalized more than 515 others at a Las Vegas concert. With the death toll surpassing the 49 killed at a nightclub in Orlando, Florida, in June 2016 –it becomes the deadliest shooting incident in the history of the United States.

#2 He was a Nevada resident

Paddock has been listed as a 64-year-old native of Mesquite, Nevada. He moved there in 2013 from a town in Texas which is also named Mesquite, property records indicate.

He has also lived in Henderson, Nevada, and several locations in California since 1990, it is reported.

#3 He was a retired accountant

According to US media, Paddock was a retired accountant who had a license to fly small planes and owned two aircraft.

#4 He had a girlfriend

Marilou Danley has been identified as his roommate and companion. The two lived in a two-bedroom home, which is part of a retirement community about one hour from Las Vegas.

#5 He had no previous criminal history

Sheriff Lombardo, said Paddock had no prior “derogatory” interactions with police, except for one citation several years ago. Las Vegas police said Paddock’s only previous known brush with the law was a routine traffic violation.

#6 His brother doesn’t know why he did it

Eric Paddock, the suspect’s brother, described his brother as “just a guy” who enjoyed going to concerts and gambling at casinos in Las Vegas.

In 2012, Paddock filed a negligence lawsuit against The Cosmopolitan resort in Las Vegas, after a fall caused by an “obstruction” on the floor, according to his brother. The lawsuit was dropped by both parties in 2014.

#7 Stephen Paddock may have had mental issues

A Senior US officials told Reuters that Paddock had had a history of psychological problems.

Paddock killed himself at the scene as officers closed in, said Las Vegas Sheriff, Joseph Lombardo. He was found dead in his room on the 32nd floor of the Mandalay Bay Resort and Casino in Las Vegas when a police SWAT team broke down the door.

Las Vegas Sheriff Joseph Lombardo said investigators found “in excess of 10 rifles” in the hotel room that Paddock checked into on 28 September. Audio recorded at the concert indicates Paddock may have used an automatic rifle in the attack on the crowd of 22,000 people.

Police believe the gunman used a “device similar to a hammer” to break the windows in the 32nd floor hotel room from which the he targeted victims below.

#10 Paddock had no connection to terrorism

Though ISIS claims to be behind the attack, the FBI said Paddock had no connection to any international terrorist group. According to the sheriff, there is no evidence that the attack was related to terrorism.