Pamela Hudak is the woman who is set to become the third wife of former actor, Robert Blake.

The Baretta star is famously known for being acquitted for the murder of  his second wife, Bonnie Lee Bakley. In 2001 his wife of six-months, Bonnie was shot to death as she waited for her husband inside their car. Robert told a jury he and his wife had just finished having dinner when he forgot his gun inside the restaurant. He went to get it and upon his return, Bonnie had been gunned down.

Prosecutors alleged he hired a hitman to kill his wife, they also found $10k in his dresser drawer, thought to be the money for the hitman.

Accoridng to reports, Pamela has known Robert, for decades and even had a few dates back in the day.

She was actually called to testify on the murder case in which she defended Blake saying he routinely kept large sums of cash at home. She knew this because they dated for 2 months in 1991. She also stated that she lived in Blake’s guesthouse in 1995 and ’97.

The Emmy-winning actor who was born, Michael James Gubitosi, has been married twice before. He was first married to to Sondra Kerr, with whom he had two children, from 1964 until their divorce in 1983.

He and Sondra welcomed son Noah Blake, and daughter, Delinah Blake during their 19-year-marriage.

In 1999, the former child actor met Bonnie Lee Bakley. At the time she was known for exploiting celebrities for money. She simultaneously dated Robert Blake and Marlon Brando’s son, Christian when she became pregnant. A DNA test showed Robert was the father and they were married on November 19, 2000. They welcomed a daughter, Rosie Blake.

Following his 2005 acquittal, Robert who last appeared in a movie in 1997, has kept a low profile and even filed for bankruptcy in 2006. He expressed in his autobiography he hoped he would be offered one last acting role before he died. 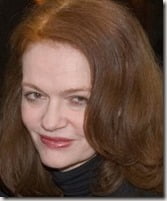 Minnesota native, Pamela Hudak is a former actress and event planner. She had a small role in the 1984 project, Windy City.

Accoridng to her LinkedIn, she  is a Marketing Specialist at Aquent since 2015. She previously worked at Helms Briscoe as a Contractor and Meetings Planner.

Pamela is a graduate from Hopkins Eisenhower School in Minnesota –where she was a member of Theater and touring company.

She also holds a BFA in Theater from University of Minnesota.