Norman Kali is the lucky fella who has been in a relationship with stunning TV and film actress, Evangeline Lilly.

Norman’s famous girlfriend is widely known for playing the role of Kate on the popular TV show Lost from 2004 to 2010.

Evangeline Lilly is certainly very happy with her partner of more than ten years, Norman Kali. According to a close friend, Norman Kali is everything Evangeline wants; handsome, strong and buff. He loves the outdoors and has a great sense of humor.
Being in a relationship with a celebrity isn’t always easy; however the couple has been very adamant about their privacy and, it seems Norman has no problem with his famous girlfriend being in the spotlight while he prefers to shy away from the public.
Here we’ll share with you everything we know about Kali and the life he and Lilly have built together.

Prior to her relationship with Kali, the actress was actually a married lady. She and Murray Hone became husband and wife in the early 2000’s.

During their time together the ex-lovers kept their relationship pretty private and Hone became a bit of a mystery behind the then-budding actress.

The couple’s marriage didn’t last and they ended in divorce just a year later. Hone and Lilly were husband and wife from 2003 until 2004.
Given the private nature of their union, an exact cause for their ultimate split isn’t clear either.
Lilly never really acknowledged any of the rumors about her love life. When asked about Murray’s existence, she always avoided the topic.
At the time it was reported Murray and Lilly were married for a year and that the two were divorced around the time she began shooting Lost.
Numerous tabloids said it was the actress who dumped Hone for her then Lost co-star, Dominic Monaghan. She allegedly filed for divorce from Murray Hone just a few months after meeting Monaghan.
She and Dominic dated for several years before their break up in 2009.

Murray Hone is primarily known for his past romantic link to his actress ex-wife. Not much is known about him or his occupation.
Tabloids even suggested that he worked a number of odd jobs in order to support his wife in her quest to becoming an actress.
There’s also a rumor that Murray Hone played hockey back in 2005. However, non of that has been confirmed.
It is almost like he was swallowed by the earth.

Following a couple of failed relationships and a divorce from Murray Hone; the star found love again in the form of Norman Kali.
The two have been a couple since 2010 and more than a decade later, they seem to be going strong and currently have a solid bond.

But how did they meet you ask? They met on a little show you might have heard of called “Lost”.
She was one of the stars (she played Kate Austen) and he was a production assistant on the show. After Evangeline broke up with Domenic Monaghan, they began dating in early 2010.

Though she was married like previously stated to ex-hubby Murray Hone, Lilly isn’t currently married.

She and longtime partner Norman Kali have kept away from marriage. That said, the two have been together for over a decade and seem to have a stable home.

How old is Norman Kali?

Norman Kali was born in 1981, in Hawaii; to parents Sue and Anthony Kali. He has a younger brother, Paul Kali. His family still resides in Hanapepe, Hawaii. 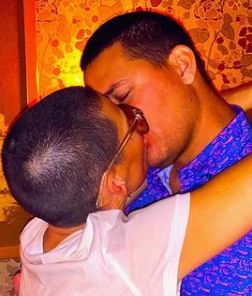 That makes the islander currently 40-years of age. That also makes him a couple of years younger than Lilly who was born in 1979.
Norman Kali seems to have a thing for older women. Sources online say he and actress, Lisa Edelstein had a six-month romance.

Kali is also linked to showbiz, as he works as a production assistant.

While living in his native Hawaii, Norman Kali worked on other productions including “North Shore” and a movie called “50 First Dates” which featured actors Drew Barrymore and Adam Sandler. He also worked on Tropic Thunder.

He and Evangeline love to spend time on the beach, and while they were dating, she learned to surf. They also like to go to the gym together.
In addition to being an avid surfer, Kali is also into rock climbing and other outdoor activities. In a few words the fella prefers to spend his time outside than posting on social media.

Evangeline loved being in New Zealand for the first year of her son’s life. She was there to work on Peter Jackson’s Hobbit trilogy, although she appears in the second and third installments. Norman was there with her and their baby boy when he could.

Does Evangeline Lilly have a child?

Evangeline Lilly and her longtime love Norman Kali, are the proud parents of two children.
In May of 2011, she gave birth to their adorable son who they named Kahekili.
The couple’s second child, another son was born in October of 2015.

For her first pregnancy, Lilly was off-work and obviously had no children and like she told People ‘had all day to meditate and love on my baby and just be pregnant.”
Her second however, she managed to keep her pregnancy completely under wraps. She said about choosing a name for her second baby

“We are the laziest parents ever … This one, we’re hoping the same might happen because we still don’t have any names for this child”

How much is Evangeline Lilly worth?

Evangeline Lilly was born August 3, 1979; the Canadian is the daughter of a secretary mom and a father who taught economics. 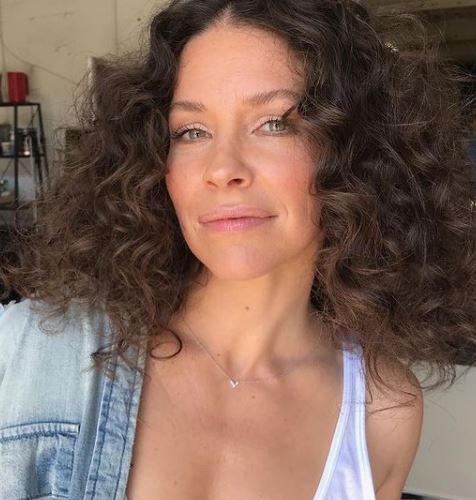 Prior to her acting career, Lilly served as a missionary in the Philippines and was employed as a flight attendant.

The 41-year-old star has a long list of acting credits on her name.
In addition to Lost, she is also famous for her role in Avengers Franchise, The Hobbit, and many more. She was also cast as Hope van Dyne in the 2015 film Ant-Man.

She is also a recipient of several awards including the Screen Actors Guild Award for Outstanding Performance, MTV Movie Award for Best Fight, Gotham Independent Film Award, and Washington D.C. Area Film Critics Association.
She was nominated for an Empire Award for Best Supporting Actress for her role as Tauriel in the 2013 film The Hobbit: The Desolation of Smaug.

The gorgeous actress made headlines in 2020, after she made incendiary comments about not isolating herself during the Coronavirus pandemic. The mom of two later apologized for her comments saying they were ‘arrogant’ 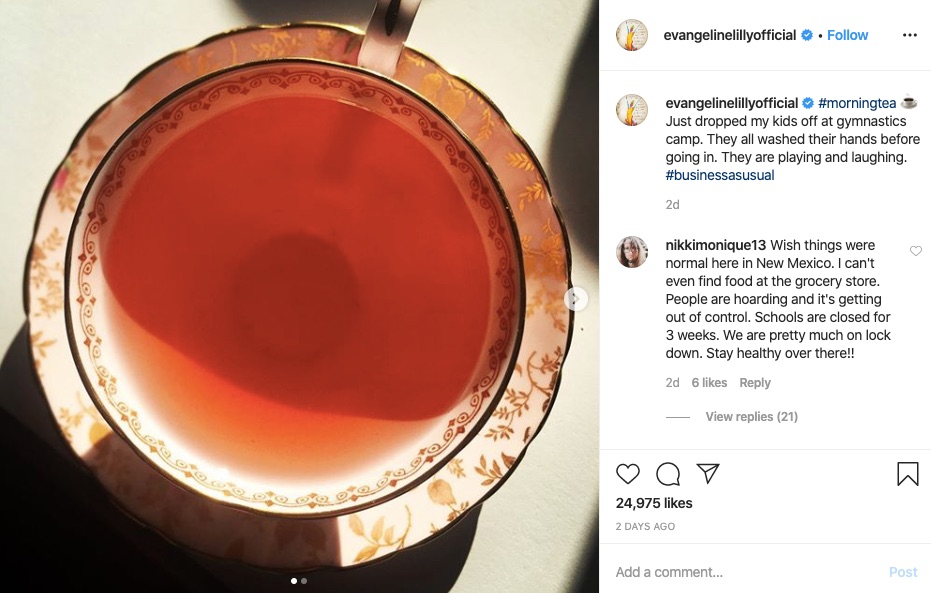 Lilly who is November of 2019 shaved her head, also revealed in the summer of 2020, that she had had a rough year. 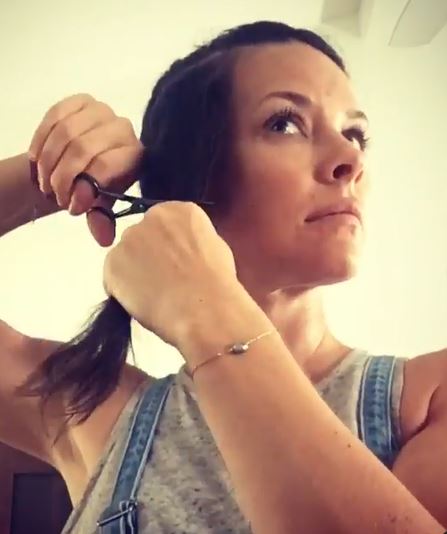 The Lost star shared two intimate photos of herself taken by her toddler son when she was in a ‘dark place;’ she shared in her message

“I had such a rough year last year but I didn’t want to share all of it with you because i didn’t want to be a dark cloud in your world,” she wrote on Instagram. “But I struggle deeply with feeling that all I ever am is what I feel everyone else wants and needs me to be. I often feel alone and unseen.”

Lilly shares a home with Norman Kali, their two small children and her cancer-stricken father.

The Canadian star has a estimated net worth of $15 million. She has stated in the past that she uses her fame to further her charitable and humanitarian efforts.

How old was Evangeline Lilly in Lost?

The actress who had previously done some modeling and several commercial and non-speaking TV roles, landed the role of the female lead (Kate Austen), after the show’s creators saw her while fast-forwarding through a tape. 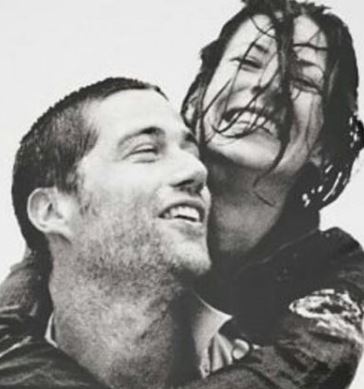 She almost didn’t get the part of Kate in the series, due to her waiting on her work visa for the U.S. With the airing date of Lost getting closer, and no visa showing up, they had to start auditioning other actresses for the part. But luckily, her work visa arrived just in time, and she arrived to Hawaii a day late.

At the time, she was 25-years-old. She appeared in over a hundred episodes and during the show’s six seasons. By the end of the show, she was 31 years of age and a famous face.

Was Evangeline pregnant in Ant Man?

Lilly who kept her second pregnancy a secret, revealed her baby bump for the first time on the red carpet for the premiere of her 2015 film Ant-Man, in Los Angeles. 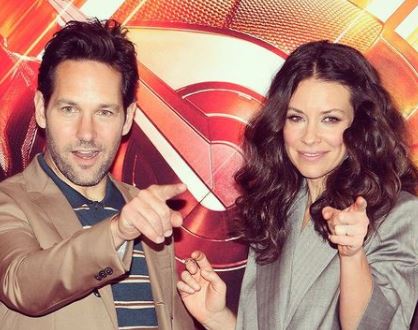 Later that day she said during an interview with Conan

“This time, I have a 4 year old I’m running around after, I’m working full time and I have a stay-at-home daddy so he’s always around … I just haven’t had the same kind of time to give this my attention.”