Heidi’s husband made a name for himself reviewing video games on YouTube.
The comedic video game reviewer and player found love with Heidi O’Ferrall, the two have been together for a several years.

O’Ferrall happens to be a cosplayerl, which makes her pretty cool and Jared’s perfect match.
Here you’ll find out everything you need to know about Heidi O’Ferrall, her marriage to Jared Knabenbauer, if the two are currently together and a lot more details about them.

Heidi O’Ferrall was born April 1, 1988; the Dallas, TX.; native is known as an award-winning cosplayer as well as costume designer. She is best known for her portrayal of Twilight Princess Zelda.
She is widely known amongst her fans for her relationship with famous YouTuber and gamer ProJared.

As a designer, her strengths include leatherworking and sewing, but she also excels at makeup and foam fabrication.
Heidi O’Ferrall has also been known to do some model work from time to time. 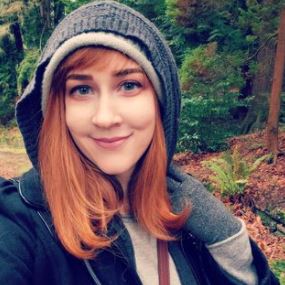 The stunner graduated from the University of Texas at Arlington in 2015 with a Bachelor of Fine Arts in Theatrical Technology and Design. Early in her career, she interned for God Save the Queen Fashions in 2014.

In addition she has posted several tutorials about cosplaying as Rey from Star Wars, the character portrayed by Daisy Ridley.

She cosplayed professionally for Nintendo at San Diego Comic Con 2017, representing their Inkling Girl character for the launch of the game Splatoon 2. Her work has been featured by IGN, Kotaku, and in Target’s “Bring Your Rey Game” ad campaign. She has appeared internationally as a cosplay guest across the United States, Canada, and the UK.

Heidi has her own website, Atelier Heidi, where she shares her portfolio, which includes a broad range of textile work, sculpting, and photography. On her website you can also find numerous tutorials, her blog and a store -where you can find costumes for sale. 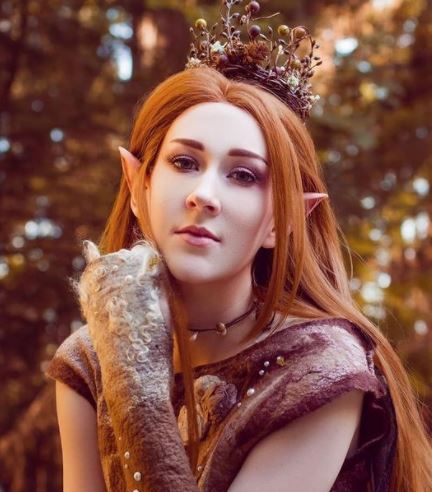 Furthermore, she offers more handmade and curated products by her on Forestgirlclothing, which is her original fashion brand specializing in handmade organic textile art and unique upcycled creations.

According to her website the lovely red head is currently based in Seattle, Washington.

Heidi O’Ferrall became the wife of Jared Knabenbauer, AKA ProJared, in June of 2014. The couple tied the knot in her native Texas after dating for a couple of years.
Their union however, took a toll for the worst after Heidi accused her man of cheating. Heidi O’Ferrall and Jared filed for divorce in 2019. 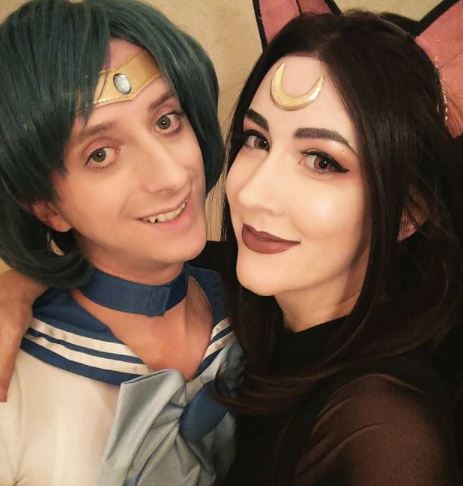 Before their breakup, Jared Knabenbauer wife would often appear alongside her man in the Asagao Academy series taking on Hana’s role.

Back in 2019, Heidi O’Ferrall publicly revealed that her husband had had an affair with Holly Conrad -also a cosplayer. Things escalated after Jared announced their imminent split on social media saying that despite his efforts they were filing for divorce.

It was then that Jared Knabenbauer wife, Heidi O’Farrell revealed she had proof of the affair and said on a tweet that her then husband had told his friends a version of events that omitted his infidelity and portrayed her as an aggressive and unreasonable person. 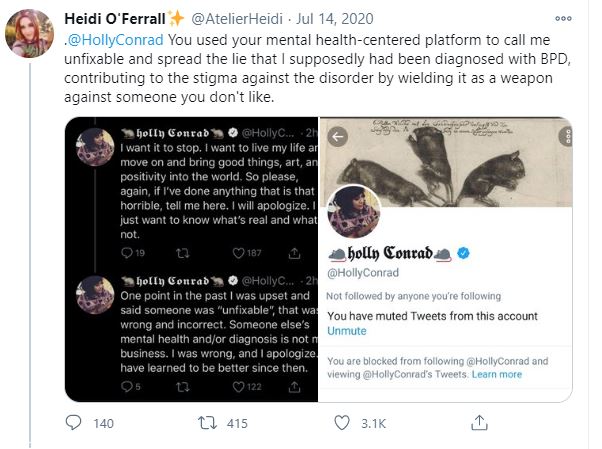 Born Jared Lee Knabenbauer, on August 28, 1985; the Green Bay, WI native has a twin brother named Derek who is known on YouTube as DKlarations.

Jared found his calling creating content on YouTube, his main focus are video games. He posts basic reviews in addition to annual top ten list videos. Jared has since earned over a million subscribers to his channel.

In the same role, he has worked with ProReviews and Nuzlocke series and hosted several shows, Hard News, SideScrollers, Reboot or Retro, Newsroom, and Screwin’ Around.

In addition he’s also known for his work with former employer ScrewAttack.

He has appeared as a guest on Table Flip and was the first guest on Grumpcade. 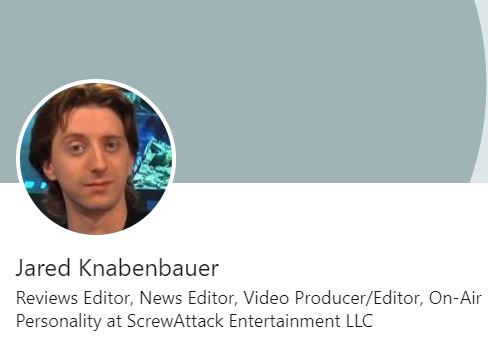 You may also recognize him for the nicknames, DMjared, with DM standing for Dungeon Master.
Jared also has his own show which is part of the network Normal Boots, which is run by Jon Jafari.
According to his LinkedIn, Jared Knabenbauer is a Reviews Editor, News Editor, Video Producer/Editor, On-Air Personality at ScrewAttack Entertainment LLC.

Jared has over 165k followers on Twitter and writes on his bio ‘YouTuber, retro games, RPGs, Magic. As once featured by @SquareEnix & @Nickelodeon’

He spoke to his followers about his personal struggles and going through divorce on the social media platform.
ProJared posted about an imminent separation from wife Heidi. He stated that despite his efforts to make the marriage work, the couple was filing for divorce.

When speaking about the topic, the renowned YouTube gamer revealed to his fans that while the announcement may have come as an upsetting surprise, the decision was for the sake of his and Heidi’s happiness.

He went on to warn his fans to expect gossip, speculation, and rumors surrounding the divorce at the same time asking them to observe the proceedings keenly and come up with their own conclusions. 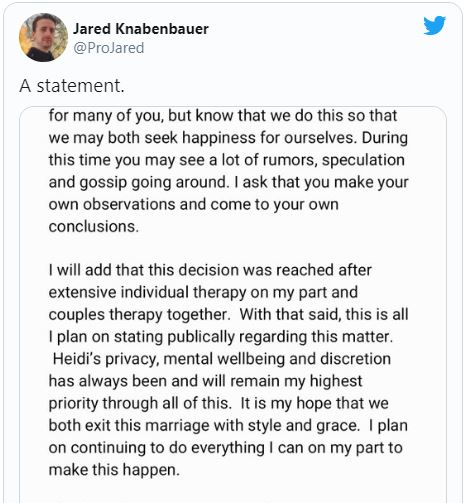 ProJared went onto make serious allegations against Heidi revealing intimate details about their relationship.
He claimed O’Farrell had pushed for an “open, polyamorous marriage,” that she had “taken several casual partners” while being in a “more serious relationship with another partner since 2017” and asserted his desire to keep their relationship struggles.

In addition he told that the final decision came after individual and couple’s therapy sessions involving him and Heidi O’Ferrall.
It appears the end of his marriage began when ProJared was reported to have asked fans for inappropriate photos. Knabenbauer later denied the accusations.

Are Jared and Holly still together?

In the middle of the controversy, Holly Conrad Holly joined the drama and replied to the allegations by saying that Heidi’s utterances were just hyperbolic statements used to demonize strangers.

She added that she only wanted ‘the best happiness for those around her’ and that she would ‘never hurt anyone.’

According to Jared Knabenbauer wife, Heidi O’Farrell, Holly was the reason her and Jared’s open relationship didn’t work.
Conrad was then targeted for the affair, but when she told her side of the story she revealed that she had to admit herself to the hospital after having “self-harm thoughts.”
Conrad went onto describe Knabenbauer’s relationship with O’Farrell “abusive,” claiming O’Farrell wanted to maintain complete control over her husband.

She posted tweets showing that O’Farrell consented to the open relationship before quickly changing her mind.

The entire situation escalated by internet in-fighting and it was then that users chose to take sides with the hashtags ‘team Holly’ or ‘team Heidi.’ 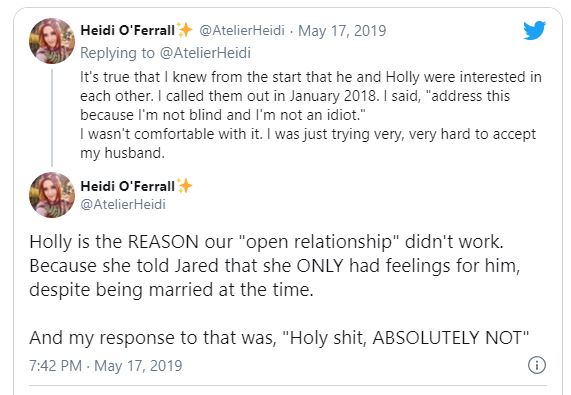 Holly Conrad appears to be a single lady at the moment. However, she used to be a married woman.
She and Ross O’Donovan where husband and wife from 2012 until 2018.

According to Jared Knabenbauer wife, Heidi O’Farrell, Holly Conrad developed feelings only for Jared while still being married to Ross O’Donovan.

Ross O’Donovan is also a YouTuber who was born in Australia on June 17, 1987. He grew up in Perth, Western Australia, in a family of Irish descent.

Following his graduation from Corpus Christi College, he entered the animation program at the Film and Television Institute of Western Australia.

Ross O’Donovan has made a name for himself as a web star, voiceover artist, and animator best known for his Steam Train improvisational comedy web series. He also created animated programs for both Newgrounds and YouTube.
His artistic aliases include RubberNinja and RubberRoss. 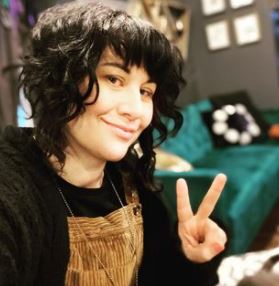 She was born May 22, 1986. The Los Angeles native is a gamer and cosplayer best recognized for her CommanderHolly YouTube channel, where she posts gaming videos, cosplay tutorials, and vlogs.

She has also been featured on a number of TV shows as an actress, costumer designer, and as a guest.