Michael Owen is the husband of Kelly Owen -the Long Island woman who was strangled to death while pregnant.

Michael’s wife was found dead in her Long Island home earlier this month. Michael Owen has been arrested and charged with her murder. He appeared in court this week and pleaded not guilty to second-degree murder. He was remanded without bail and ordered back in court January 31.

Michael Owen who was estranged from wife Kelly, allegedly killed her inside the family’s home last month. His motive is apparently because he learned she was pregnant. According to reports the couple they had been separated since around March 2018, however they continued to engage in a physical relationship.
However, authorities believe Michael Owen did not want this child and found himself in a bad position since he was already living with another woman. 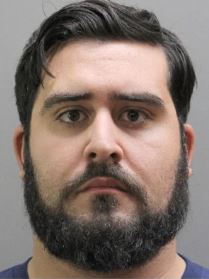 Det. Lt. Stephen Fitzpatrick said during a press conference that ‘Michael had this new relationship he was involved in and did not want this child, he did not want to give her medical insurance’

27-year-old Michael Owen is a former Marine who officials say he served as a U.S. Marine for eight years before being honorably discharged. His current job was with a company that installs cell phone towers.

Michael Owen and Kelly Owen tied the knot in 2013. They already shared a young child. During their time together they welcomed a child, a daughter who is 6-years-old.

27-year-old Kelly Bretana Owen was in the midst of pursuing a career in nursing. The mom of one’s lifeless body was found in bed inside a house by her parents who grew concerned when she failed to show up for her 6-year-old daughter’s after school event.
The medical examiner’s office determined Kelly died of asphyxiation and was in the early stages of pregnancy.