Georganne Williams is the long time wife of AC/DC bass player Cliff Williams. She and her husband have been married for a whooping 36-years.

He confirmed the news in a new video message, explaining he will no longer be recording and touring with AC/DC once they wrap up their current world tour.

In other words, that means Georganne Williams must be thrilled to have her hubby around at home.

For the past 39-years, Clifford “Cliff” Williams has been a member of the Australian hard rock band AC/DC as their bassist and backing vocalist.

Cliff Williams was born on December 14, 1949 in Romford (Essex), England. He moved with his family to Liverpool when he was nine. He spent two years working as an engineer before joining his first band.

Cliff found himself playing bass for a band called Home. By 1970 the group’s progressive brand of both hard and soft rock had earned them a deal with Epic Records and a debut LP was released the following year under the title ‘Pause For A Hoarse Horse’.

He then jumped to the band Bandit in 1974. Bandit quickly got a deal with Arista and released a self-titled album in 1977. But Bandit did little business and Cliff had no hesitation when he received the call from AC/DC.

The consummated bassist, was inducted into the Rock and Roll Hall of Fame in 2003. 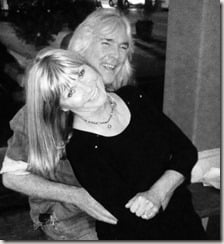 The lovely Georganne Williams is the mother of the couple’s two children, daughter Erin and son, Luke.

Georganne, a Colorado native, was selected as one of Florida Weekly’s 2012 Power Women. You know what they say, behind every great rocker, there is a greater lady. In the 2012, article, Mrs. Williams is described as down to earth and easy going. Not exactly what you expect to hear about a rock spouse. 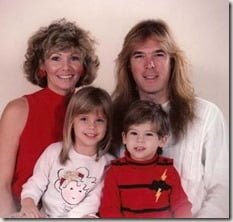 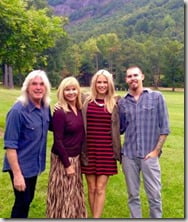 However, Georganne Williams does everything in her own way. The cameras are not for her, at least not anymore. The 66-year-old lives a private life in a home in Fort Myers.

The wife and mom of two prefers to use her star power to raise money and awareness for good causes.

She said: My own philanthropic ‘education’ really took root while I was on the board of trustees as co-chair of development at Canterbury School in Fort Myers,” “From there I got involved on our homeowner’s board locally and Cliff and I began giving more generously to several local charities, including United Way, Gulf Harbour Charities, The Children’s hospital, PACE, and most recently, TheHeights Foundation.”

Aside from Fort Myers charities, Ms. Williams is active in philanthropic work in Lake Toxaway, North Carolina where she has a summer home.