Chuy Bravo, best known as the noted late-night sidekick and co-host of E!’s Chelsea Lately -has died suddenly at the age of 63.

Bravo according to reports, was taken to an emergency room in Mexico City Saturday. According to People Magazine, he died soon after arrival.

Chuy starred in over 1,000 episodes of Chelsea Lately, appearing on the show from 2014 until 2017. Chelsea Handler honored Chuy for his birthday just weeks ago, calling him her ‘OG Nugget’ -check out Chuy Bravo’s top facts. 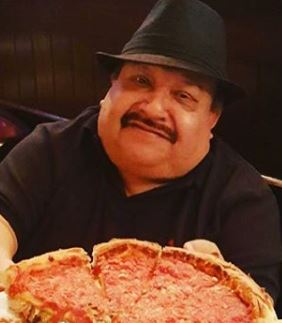 #1 He was a Mexican native

Chuy Bravo was born Jesus Melgoza Bravo on December 7, 1957; in Tangancicuaro, Michoacán, Mexico. He arrived to the US in his teens. The Mexican native moved to California at the age of 15. At the time he attended from Sylmar High School. He was the youngest of seven children.

The 4’2″ tall actor -who worked as a janitor and as an electro-mechanic assembling PC boards -began his career in the 90’s.
He is said to have worked in the adult film industry before landing his job with Chelsea Handler -where he provided comic relief. In addition to his role on Handler’s show, Bravo also appeared in 2005’s “The Honeymooners” and in 2007s “Pirates of the Caribbean at World’s End.” He was also a contestant on the 2013 celebrity diving competition Splash, which aired for one season on ABC.

#3 Bravo was a philanthropist

The entertainer started the Little Nugget Foundation in his hometown of Tangancicuaro to provide food and clothing for those struggling with alcoholism. He also founded the Bravo Academy to support Latin people in entertainment.

#4 He was a cancer survivor

Chuy Bravo was a survivor of prostate cancer. Though his official cause of death is unknown, reports say he was rushed to a hospital in Mexico with severe stomach pain.

#5 He was the face of a restaurant chain

In addition to his time on screen, he was the face of Chuy’s Tex-Mex restaurant, which has 102 locations throughout the US.