Kimberly Quinn is the stunning and loving wife of screenwriter, director and producer, Theodore Melfi. Her hubby is the man behind projects such as “St. Vincent” and “Hidden Figures.”

Kimberly’s husband knew from an ealry age he wanted to work in the industry. He was raised by his single mom and two brothers.

Melfi who has been writing and shooting for as long as he can remember, began his career doing commercials for clients like Domino’s, Intel and Subaru, to name a few.

He made the transition from established director of commercials, into a film director with St. Vincent.

Melfi has been married to the gorgeous Kimberly Quinn for some time. 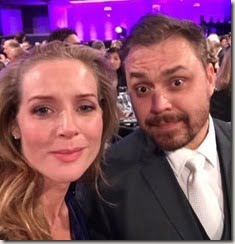 The blonde is a West Springfield native who has been acting and modeling for over a decade.

The lovely Quinn also shares producer credits with her husband in the much-buzzed-about film St. Vincent, released in 2014.

The film, which centers on the relationship between a young boy and the alcoholic curmudgeon who gets stuck babysitting him, is written and directed by her man. Melfi developed St. Vincent by drawing on the relationship Quinn rekindled with her estranged father and the experience the couple shared raising their niece, whom they adopted. 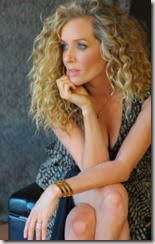 Quinn attended acting school in New York City during the Summer of 2000.

Aside from acting in the film, Quinn helped develop the script and worked as an associate producer from the script’s conception through the film’s post-production.

Kimberly’s previous work includes performances on FX’s Terriers (2010); despite rave reviews and a vocal fan base, the show was canceled after its first season.

The leggy blonde worked diligently with her husband in producing several short films, some of which she also starred in. The couple has been together for 20-years.