Barbara Rickles is the beloved wife of actor and iconic comedian, Don Rickles. Her husband of over five decades passed away at age 90 due to kidney failure, reports say.

Barbara’s husband appeared in films and on television but performing in nightclubs specially in Las Vegas and elsewhere was Don’s signature over his decades long career.

Donald Jay “Don” Rickles was born May 8, 1926. The NY native studied acting at the Academy of Dramatic Arts in New York after serving in the Navy during WWII. He began appearing in nightclubs during the ’50s but didn’t really break through until his first appearance on “The Tonight Show With Johnny Carson” in 1965.

His brash, confrontational style was considered edgy at the time and for decades following. His success as an insult comic led him to befriend the likes of Fran Sinatra.

He also found late success as the voice of Mr. Potato Head in the “Toy Story” films, which were exceptional box office performers, and popped up frequently on latenight talkshows.

Don and wife Barbara both worked in the industry and were married for 52-years. He leaves his wife, a daughter and grandchildren behind.

Barbara Rickles was born Barbara Sklar, she is a Philadelphia native. She met Don while she worked as his agent’s secretary. She held the same job for over 30-years.

Don said that he fell in love with her when she admitted that she didn’t understand his unique sense of humor. The two tied the knot a short time after their first meeting on March 14, 1965.

While her husband was widely known for his stand-up comedy act, Barbara Rickles did some acting of her own. She appeared on the TV show, This Is Your Life in 1972 as herself and then was in her son’s HBO documentary on Don. In addition, both Don and Barbara both appeared on Kathy Griffin’s My Life on the D-List. 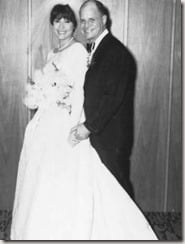 Barbara Rickles and Don shared one of Hollywood’s longest marriages. Talking about the secret of having a long lasting marriage Don told Larry King, that the thing that kept them together for so long was the friendship and being able to have conversations about virtually whatever with her. 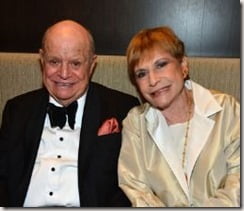 During their long marriage, Barbara and Don welcomed two children. She is the mother of the couple’s daughter, Mindy Mann and late son, Larry Rickles. In 2011, Barbara and Don suffered parent’s worst nightmare. Larry, who was an Emmy Award-winning producer, died at the age of 41 due to respiratory failure due to pneumonia. 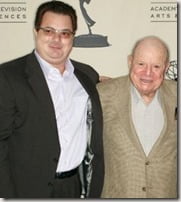 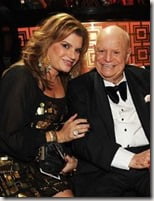 Mindy has a career in Hollywood as well. She’s acted in a number of TV shows and movies. Mindy made her acting debut as in a minor role on the show Newhart in 1988 and appeared in a slew of shows between 1989-1994.

Mindy Rickles, a stand-up comedian, has been married to Edward Mann since 1997. She is the mother of two children, Ethan and Harrison Mann.

We send our condolences to the family.