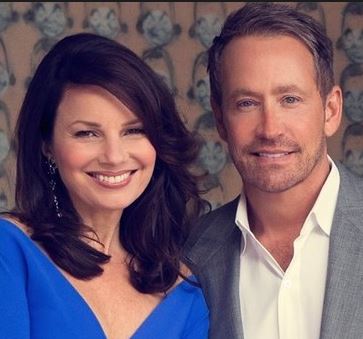 Peter Marc Jacobson created the t.v show The Nanny  where his then wife actress Fran Drescher played the main character. Peter and Fran divorced in 1999, not long after that he came out as gay, now he is Fran’s best friend.

Peter Marc Jacobson and Fran Drescher met when at age 15 , they were 21 years old when they got married in 1978, together they launched their careers, together they endured tragedy when in 1985 robbers broke into their home in L.A he was assaulted and Fran was rape, Peter was forced to watch the whole thing.

They separated years later and lived that way for a while, in 1999 they decided to make things legal and divorced. Not long after that Peter approached Fran and told her he was gay.

Fran and Peter are still pretty close, he is her best friend, sometimes they even fixed each other up; Fran got marred to scientist Shiva Ayyadurai in 2014 in Malibu, Shiva, 51, who holds holds four degrees from MIT, claimed he was 14 years old and working at the University of Medicine and Dentistry of New Jersey when he created a  messaging system he called EMAIL.

Fran and Peter worked together  in 2012 on the sitcom Happily Divorced based on  their relationship. The first season premiered on TV Land on June 15, 2011, after two season the show was cancelled in August, 2013.