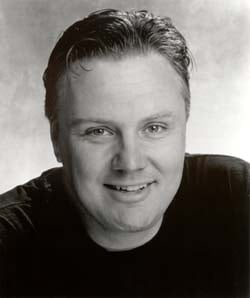 Leslie Ducommun is the loving and caring wife or Rick Ducommun, the Canadian actor known for his role as Gus in the 1993 film Groundhog Day who sadly passed away on June 12 at a Vancouver, British Columbia, hospital after suffering from complications due to diabetes at age 62.

Rick had three children, son Hudson Ducommun born January 26, 1993 from his relationship with Leslie McNulty, according  to records Leslie Ann McNulty got married to Ducommun on December 31, 1995 in Clark, Nevada, Cord Francis was born September 15, 1994 in L.A

Ducommun had two more children, His daughter Nash Diamond Ducommun was born June 4, 1988 to mother Susan Diamond who started  dating Rick when  he was 17.

Austin and Nash. It is unknown when they divorced.

Hudson and Cord who like their father and uncle Peter are skateboarders, Hudson currently  is a promotions and marketing manager at Gigahertz. The older Ducommun brothers (Rick and Peter) created SkullSkates, partners at first then Rick left..

“We were partners at the beginning, but things went sour in the mid-’80s. Rick eventually left the business to focus on his movie career. I haven’t talked to my brother in years,” PD admits. Rick suffers from diabetes, which PD suspects, has lead to physical and mental health problems. When money went missing from the business, PD suspected his brother took it. “It’s not only me–no one else from the family has seen or heard from him. I haven’t a clue where he is. He might be on the fringes of society. There’s even a restraining order against him.”