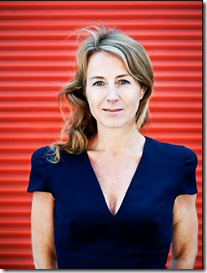 This is what we call a brilliant mind with a poor self esteem!! Dutch economist and scholar Heleen Mees has been busted for stalking her former lover, Willem Buiter who is the chief economist at Citigroup! Heleen is an Adjunct Associate Professor, New York University Wagner Graduate School of Public Service; Assistant Professor in Economics, Tilburg University…but all the tittles don’t save her from the public shame!

The former former New York University professor, Helen allegedly sent pictures of her pleasuring herself and writing salacious e-mail come-ons, according to court papers. Heleen Mees, 44, was charged yesterday after she allegedly threatened fellow Dutch economist Willem Buiter, 63, with whom she allegedly had a past relationship!

Things got to point so low, one of the emails reads:

Wow! Mees was born in 1968, Hengelo, Netherlands. Her work has also been published in The Financial Times, The New York Times, Foreign Policy and Le Monde. She has published three books and in 2011 she wrote an article titled “US monetary policy and the saving glut”

Mees was taken into custody just before noon Monday and arraigned today on multiple stalking and harassment charges. She was ordered held on $5,000 bail.

But what about Mr. Buiter? He was a married man fooling around and apparently the situation got way off his hands! When he tried to make her stop she continued to send several more twisted emails!

Buiter’s wife is Anne Sibert is a professor at the University of London and an external member at the Central Bank of Iceland where she also serves in its Monetary Policy Committee. 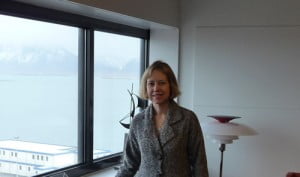 The posh ex-chief economist of the European Bank is also one to blame since he engaged in the clandestine affair right? Mees’ attorney, Vaneshka Hyacinthe, claimed that her client ‘had a long-standing relationship’ with Buiter and ‘the emails go in both directions.

Heleen fluent in five different languages, including “talking nasty” was ordered to avoid all contact with Mr. Buiter and his family; who is a father of a 22-year-old son and a 19-year-old daughter!

You can find her on LinkedIn here.