Austin Amelio is the guy we love to hate on AMC’s The Walking Dead. Best known for his role of Dwight on the hit TV show, Amelio was born April 27th, 1988.

Like a true and loyal fan, you’ve probably done your own research about Dwight and know how the character has evolved, both mentally and physically.

At first, Dwight seemed to be hanging onto his morals and his values and hanging on to the concept that he just wants the world to go back to how it was.

Then we saw him transform into a completely different guy. He ended up adapting to the world.

We saw him running with Negan, but still kind of holding back.

Now, it seems he not only knows how the world works and that there’s no turning back. He is taking his place in it.

Question is, what do you really know about Austin Amelio? Who went from recurring role to being promoted to the main cast.

Amelio has been acting since 2009, the Texas native earned his first on-screen acting credit in the 2010 short film Potluck as Vincent Lowe.

During an interview he revealed, how it was like landing the role, saying:

I was in L.A. for seven months, and to me it was just another audition. I worked my *** off on it the night before for, like, eight hours. So I went in and was one of the last two auditioners, and I heard the casting director go, “Okay, well, we’ll just find the guy tomorrow.” So I was like, “Okay, this is it. I’m bringing it.”

And I guess just ended up having a good audition, and it was one of those ones where I was like, “Okay, I think I did a really good job.” Then two days later, they said I booked it, signed some papers Monday, got ready Tuesday, flew out Wednesday, and started shooting Thursday. So it was really crazy. It was super quick. 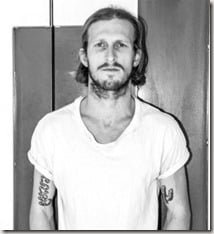 2016 has been a busy year for the 28-year-old, who also landed the role of Nesbit in the comedy film Everybody Wants Some!!

In 2014 he was also part of the cast for the film, Putting the Dog to Sleep.

We know on TWD Dwight was married to Sherry, but do you know who his real-life wife is? The actor seems to be very private when it comes to his love life.