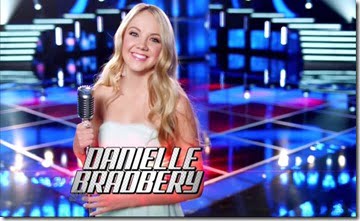 Are you on DBradbery’s team??? Well after following her throughout season 4 of the Voice who isn’t! And even more with last nights’ winning predictions on her side! With Judge Adam Levine saying:

“The crazy thing about your voice is it’s just so unbelievably perfect and powerful. It’s one of the better voices I think I’ve ever heard live. … And I’m just gonna go ahead and say, I think Danielle’s [the] winner of this thing,”

With that said, who wouldn’t want to date teenage country sensation beauty Danielle Bradbery?? Leaving her mad skill and talent for singing on a side our Cypress girl Danielle has the looks to go along with the next big country thing!

The 16-year-old has been the star in the eye of many specially those close to her. She was born n 23 July 1996 in League City, Texas and currently goes to Cypress Ranch High School; although our Cinderella endured bullying for having crocked teeth I’m doubting she would have to go through that one again so we wonder is there any one special maybe in Cypress Ranch High waiting for her?? Maybe a boy in her mind??

Her performance is rocking and she has won the heart of millions sitting in the home and all judges in the studio but she is a school girl so is hard to say on her boyfriend and other dating status as she is young she may want to focus on her studies and singing more than other things in life, that is until her prince charming comes along and within the industry that could be sooner than later! But being young does not mean she hasn’t thought about it; in fact she has a very clear idea of what she is looking for in a guy… so we found a boyfriend wish list in one of her tweets, take a look: Aside from singing, Danielle enjoys horseback riding and being outdoorsy. “I’m a country girl,” says the Texas native, and her Southern twang only makes that more apparent! Anybody interested???

Here some more info about Danielle: