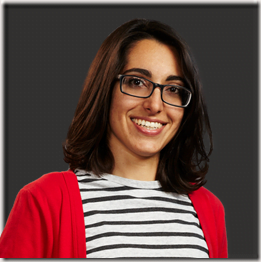 Michelle Chamuel performed with her coach and mentor Usher in “The Voice” fourth season finale on Monday night. Usher declared her “the winner”. Michelle is still competing against The Swon Brothers and Texan country singer Danielle Bradbery for the show’s title, which will be revealed on Tuesday’s episode.

“Your energy is contagious. You’re extraordinary. You’re needed out there, as an artist,” Shakira said.

“You feel the energy in here. You can’t fabricate that,” said Adam.

Chamuel is the lead vocalist of the band Ella Riot. She lives in Amherst, Massachusetts. Chamuel’s artistic name is “The Reverb Junkie”.

The 27-year-old was born on February 1986. She pursued music since childhood and studied performing arts technology at the University of Michigan-Ann Arbor graduating in 2008.

But is this “passionate indie artist” dating someone?

Michelle has not mentioned anything about having a boyfriend or commented on her relationship status, but far as we know she is single. If you have any idea if Michelle is dating someone please let us know!