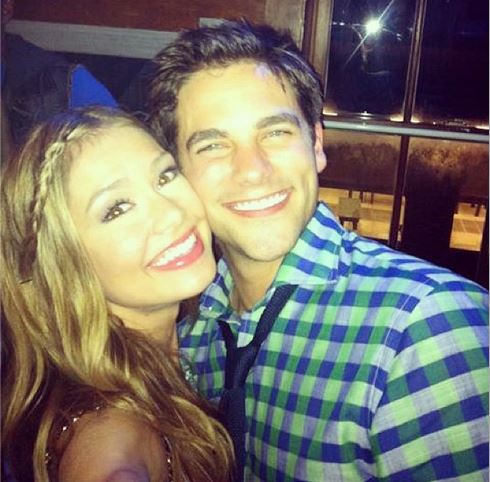 Do you know who is DWTS season 17 Contestant Brant Daugherty’s girlfriend?  some people rumored Brant is may be dating *** Elle McLemore, if that is true then Elle is surely training with her boyfriend so he could win the contest.

But who is Elle? I bet you already know her on various TV shows. Elle McLemore  was born on September 16, 1991 in Honolulu, Hawaii. She is an actress who originated the role as the pint-sized super villain, Eva in Bring it On and currently stars on Army wives.

Her mum is Gail Van Dervoort, a dancer and dad is Todd Vandervoort, a pyrotechnician. She grew up in LV. She has a sister Brittany. She has Irish and Japanese roots. When she was four, she toured for 18 months with her family for the Melinda: First Lady of Magic show. Her mom danced on the show and was the magician’s assistant as her father did pyrotechnics. She went to Palo Alto Verde School and performed in the school productions Grease, and Peter Pan and in the benefit concert God Lives in Glass. She graduated in 2009 and moved to Los Angeles to chase an acting career.