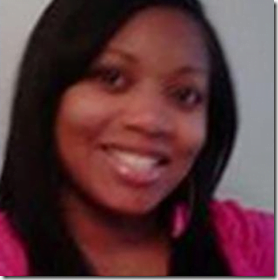 Friends and relative of 34-year-old dental hygienist and former Brooklyn resident Miriam Carey are still trying to make sense of the events that unfolded in Washington, where the 2007 graduate from Hostos Community College in The Bronx, led police on a pursuit toward the Capitol after trying to ram the White House gates!

According to her mother Carey who was licensed tо practice in Nеw York аnd Connecticut, аnd hаd a permit tо work аѕ a hygienist in Connecticut prisons, seemed to suffer from mental illness since giving birth to her daughter last August.  She was currently a resident at Woodside Green apartment complex. in Stamford, CT.

According to police the bizarre chase began around 2:20 p.m., officials said, after Carey, driving a black Infiniti, sped into the driveway leading to the White House and tried to breach security at 15th St. and Pennsylvania Ave. NW. Confronted by cops with their guns drawn, Carey spun the car around and hit the gas, with her was her toddler daughter.

Carey sped 12 blocks toward the Capitol, At Garfield Circle, she raced through her first hail of bullets. At Constitution Ave. and Second St., she collided with a Capitol Police car and then barreled into some barricades outside the Hart Senate Office building. It all ended with her death when a police officer shot her. 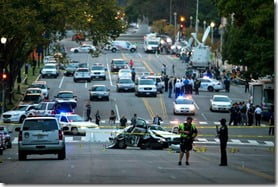 The motivation for why this college-educated young mother drove to the nation’s capital and caused such mayhem is still a mystery, though there is more information surfacing about who she was as family members try to understand what happened. One person who could answer many question is her boyfriend, Eric Francis. 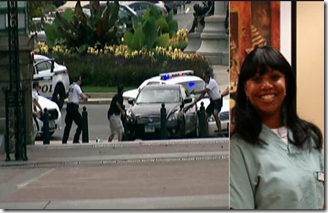 Miriam Carey was dating someone while she was working at a clinic in Connecticut, it was during that time she got pregnant; Francis is believed to be the father of her two-year-old baby girl Erica.

According to ABC News reports Eric has said Miriam was so delusional he called the cops on her twice last year and said she was off her meds and endangering their infant daughter. Eric who is a 54-year-old man, told police he believed his daughter was in danger and that Carey was emotionally disturbed. Eric’s worst nightmare came true on Thursday.

On Dec. 21, Francis again called police to report his girlfriend was “off her medication” and acting erratically. In January, a state social worker met with the couple and Francis told the social worker that Carey was “100 percent back to normal.”

But she clearly wasn’t, according to sources Carey believed she was the “prophet of Stamford” and was capable of communicating with Obama. Her family is headed to Washington to claim her body and take custody of her daughter.