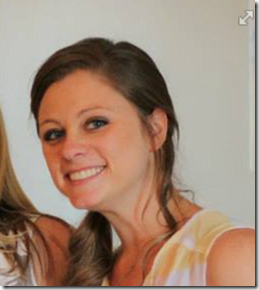 Whitney D. Styles is married to James Mongiat, the couple wedded only a little over a year ago on May 5, 2012 in Knoxville, TN. She is listed as a Certified Registered Nurse Anesthetists with Nurse Anesthesiology as her specialty.

Nice and lovely Whitney made headlines recently when a video f her having a major tantrum was posted by her beloved husband and went viral! Things between them looked like this not long ago …But after that footage they might want to consider couple’s therapy! Now we are not supporting the idea but it was certainly funny! Whitney’s husband decides to upload the video on YouTube to demonstrate his better halves’ irrational behavior and it all started because?? All Whitney wanted was to go to the lake! And now the world knows what happens when she gets a NO!

After kicking and screaming like a little girl, things got so frustrated for poor Whitney that she demands to her husband

“You have to stop and get me some cigarettes! I’m about to go crazy!”

James a.k.a Jim wrote in the video’s caption that his wife freaked out after he told her they couldn’t spend Saturday on the lake, as his truck needed to be fixed. Can you believe they are not together anymore!! That was actually filmed the day he moved out of the couple’s home! Allegedly Jim obtained a restraining order against his wife and decided to upload the video to show everyone how she was really like! Yikes! I guess there is no doubt on proof like that.

Allegedly Whitney’s hubby had worked 60 hours that week and she flipped out when she didn’t get her way while hubby tried to explain that was the only day he had to finish his shores.

This brings to memory that part of Bridget Jones Diary when she is in jail and asked by her cellmates why did she broke up with her boyfriend (Mark) they all share their horrible breakup stories while Bridget looks like a fool thinking to herself it was really over nothing! Do you think this worth breaking up???

You can find Whitney on Facebook here. Don’t miss the video below in case you haven’t seen it just yet!