Love is in the air?? Well it sure seems like for happy couple Vincent Ramos and his now fiancée anchor woman Jillian Pavlica! Read about Vice’s cool proposal! How romantic!

Jillian news woman might have received some of the biggest news of her life! This anchor and and reporter knows almost every newsroom position there is! She can produce, edit, shoot and of course write and anchor; but it was on Saturday night when her co-presenters, producers and co-workers at FOX54 wrote the script of what became her marriage proposal!

She describes herself as an anchor – reporter for WAAY and Fox 54 in Huntsville, AL. I’m a hockey nut, love being outside, enjoy the beach, and work for the community. What a sweetheart! Looks like Vincent is taking home the whole package!

Vincent’s hometown is Tampa, Florida and currently lives in Huntsville, Alabama. He attended the A.P. Leto High school in Tampa, he then attended the University of Central Florida in Orlando where he majored in Marketing. Ramos is a sales manager at DriveTime since 2010.

Sure looks like this is one creative guy right! He apparently had everything planned from the beginning! A regular day at work for his girlfriend Jillian became one of the most memorable of her life! And I’m not talking about some horrible breaking news like murders, awful accidents, earthquakes, people falling off the sky, terrorist attacking, presidents dying, big cruise ships stuck at sea..I mean you name that’s what she probably thought when she was ordered to just read the prompter as they were having “breaking news story”  As Jillian started reading the so called news she slowly but surely was left in shock as she realized the big news were only and about her!

She had no idea of what she was reading as her boyfriend Vince had hijacked the studio’s autocue, speaking right into the camera like a pro she began:

‘We have some breaking news to report to you, FOX54 has just learned that a Huntsville news anchor is being proposed to on live TV right now

As soon as she hit the word propose her co-presenters walked out and Vince came into scene! Long story short he got into one knee like a true gentleman and asked away! She of course still stunned said yes! Imagine the bummer if she had said no! Well ;luckily for him this wasn’t the case!

Cool story huh! What better way to propose an anchor woman than this!

We sure send a big congrats to the happy couple! Make sure not to miss the video, if you are a hopeless romantic like me it will bring you to tears! 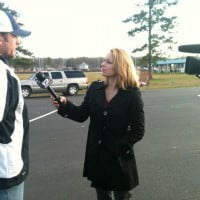 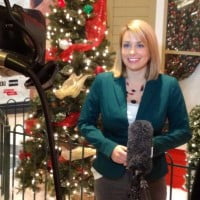 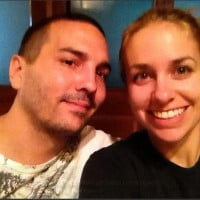 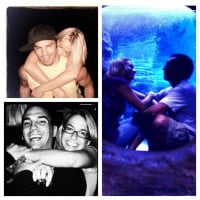 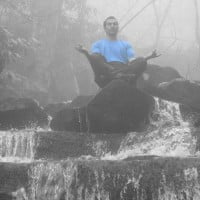 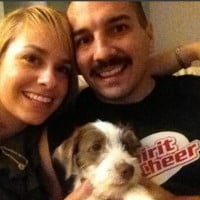 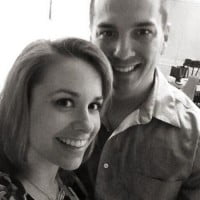