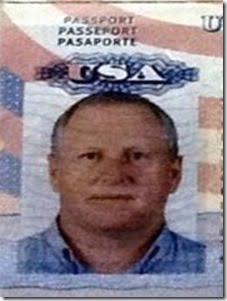 Now this is the kind of things why some would just not go to Bangkok! At least I wouldn’t! 51-year-old Troy Lee Pilkington, a senior official at the American machinery company Caterpillar Inc. Probably never thought he would die by the hand of a 32-year-old taxi driver armed with a 12-inch machete.

Known for its busy traffic, pollution, scams and  violent behaviors; Troy Lee had been living in Bangkok for the past three years and was fluent in Thai. Now the terrible incident that resulted in the killing of Mr. Pilkington took place on Saturday when according to his killer, Chidchai Utmacha; Pilkington refuse to pay a ridiculously low fare of less than two U.S dollars! But what allegedly happened is that the taxi driver might had been messing with the taxi’s meter which made Pilkington angry and decided to stormed out of the cab while they sat in traffic.

Utmacha then proceeded to follow him not without getting his machete out of the trunk of the taxi first and then heartlessly stabbed him several times until he left him lifeless on the street and fled the scene in panic. Footage shows the taxi driver swinging a machete as Troy flails his arms and tries to grab the driver. The two men then move out of the camera’s view. Seconds later, the sword-wielding driver reappears in the frame just to walk away from Troy.

The images are hard to watch but not difficult to imagine, it makes you wonder what we are capable to do when egos clash; both men seemed to had reached a critical point at the same time and the results can never be good. 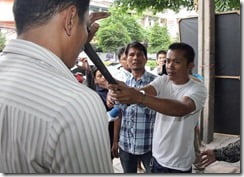 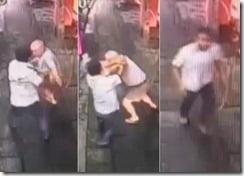 The slaying of Mr. Pilkington that was partially caught on camera made it easy for police to identified the cabbie that was arrested on Sunday over the deadly dispute after Pilkington wouldn’t pay for his $1.60 taxi fare. The driver believe it or not says he only defended himself after Pilkington threw a cup of coffee at him and tried to run. Now he is being charged with murder and for carrying a weapon in public.