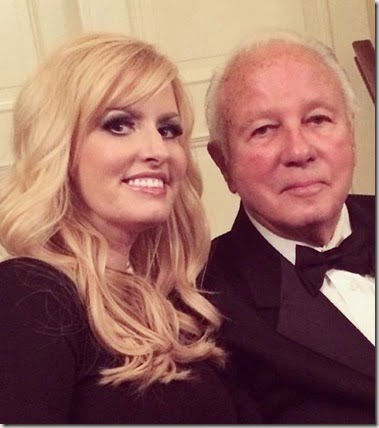 Trina Edwards, she is the much younger wife of ex-Louisiana Governor and ex-con, Edwin Edwards, who is currently attempting at a political comeback, at age 87.

Trina first grabbed major headlines in 2011, after she appeared next to Edwards when he made his first public event following the completion of his jail sentence.

Her now hubby is mostly known for spending almost a decade in prison for political corruption. Now a days, he is running for Congress in south Louisiana in what would be his second political resurrection, the Huff Post describes.

In what many think it’s an errand’s fool, one blonde woman stands still, Trina Grimes. Let’s find out more about her. 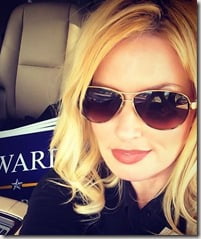 She was born Trina Grimes in 1978, a native of Baton Rouge, Louisiana. She met Edwards while he was serving a ten-year sentence in prison for racketeering and more.

She was previously married to Joshua Glenn Scott, starcasm reports; and with whom she has two teenage kids, Logan and Trevor. 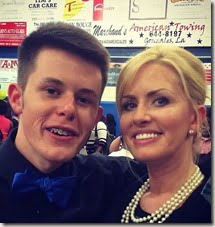 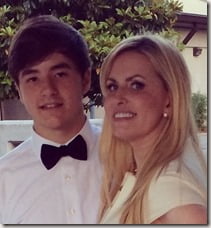 Trina and Edwin were together for about a year before getting engaged. Her hubby is a twice-divorced great-grandfather who served 16 years as Louisiana governor. He was first married to Elaine, from 1949 till divorce in 1989. Second wife, Candy who was 37-year-his-junior, from 1994 till divorce in 2004. 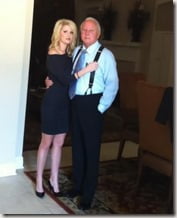 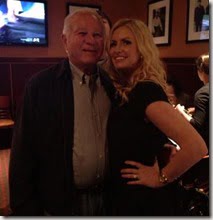 Trina and Edwin tied the knot in a small ceremony in New Orleans on July 29, 2011. 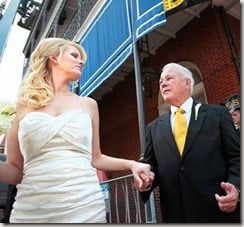 Trina who is five-decades-younger than Edwards, gave birth to the couple’s only child last year. Trina gave birth to an adorable baby-boy named Eli Wallace Edwards, on August 1, 2013; becoming Edwin’s fifth child and the third for Trina. They reportedly utilized in vitro fertilization for the pregnancy. 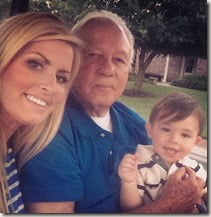 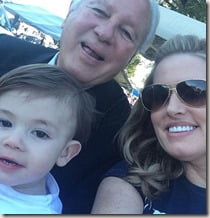 Last year the couple appeared in a A&E reality called The Governor’s Wife, it showcased how the couple had to deal with the rather large age gap, but also the stress of their rather unusual blended family.

Trina has proven wrong to the skeptics the gold digger headlines and she is very supportive of her husband, always appearing at events with him, taking care of him and their child, attempting to be a stepmother to his much older children and while also trying to be just her.

The question remains, would you vote for her man?