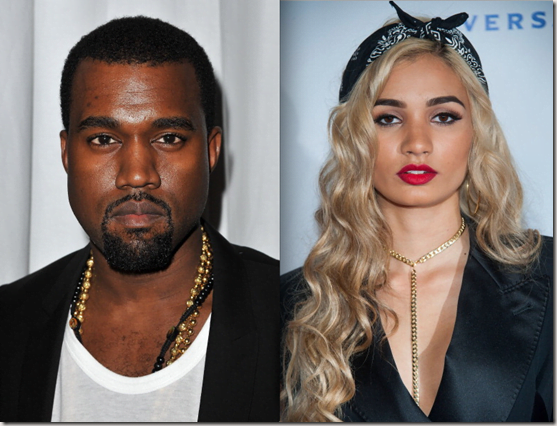 By, now you must have heard about talented singer Pia Mia, introduced to the industry by BFF Kylie Jenner and the whole Kardashian clan by appearing constantly in their social media accounts. The teen stand out when it comes to singing and soon became known as Kanye West’s reported protégé!

Keep reading and find out what you must know about her!

#1 She calls herself Princess Pia Mia and is more than just a singer.

Born Pia Mia Perez September 19, 1996 in Guam Island, with only 17-years, she is described as a singer, actress and model. She is also quite the fashionista, her cool fashion taste is showcased on her tumblr. #2 She put her name out there and became noticed for posting pictures of herself singing on YouTube.

#3 She has done many hit song covers

On her You Tube channel you can find her singing themes such as “Hold On, We’re Going Home” by Drake; “It Will Rain” by Bruno Mars; “Stay” by Rihanna; “Turning Tables” by Adele; “The A Team” by Ed Sheeran; “Payphone” by Maroon 5; “Half of Me” by Rihanna; “Swim Good” by Frank Ocean are just a few.

#4 She is naturally dark haired Although the Guam native is adopting a more mature look now a days as a blonde stunner.

#5 She is super tight to Kylie Jenner

The youngest of the Jenner’s tweeted the picture below, captioned

Congrats to my baby @princesspiamia everyone keep up w her and make sure to catch her next show. It was amazingg #7 Why is she Kanye West’s protégé?

Pia is believed to be Mr. West’s answer to pop goddess Rihanna. It remains to be seen if the teenager will rise to such heights, but support from one of the biggest names in music is definitely a plus.

In an interview with MTV UK, she revealed

“I started singing when I was 8. I originally come from Guam; I was in school and all my friends wanted to try out for this play, and I kind of followed the crowd and I auditioned for it. I ended up getting the part of Cinderella, so that’s how I started singing! It’s also how I found myself on stage and got comfortable with myself. I continued to sing and started singing at Japanese weddings. Everyone started telling my parents, ‘you have to move her off the island’ and I was begging my parents to let me move to LA. When I was 13 they agreed to let me go to LA for the summer and said I could stay there for three months, but then had to return back to school in Guam… I never went back, I’m still in LA!”

#9 Kim Kardashian was said to be jealous of her

Reports of Kim K. being jealous of her were quickly dismissed; after all her voice has graced Kim Kardashian’s Keek account, so Kim is actually a big supporter.

#10 She is featured in the science fiction action film Divergent’s original soundtrack.

So what do you think of Mia and her stuff? By the way, we think she is single but she might not stay too long like that! She used to date actor, Remy Thorne (picture below)!