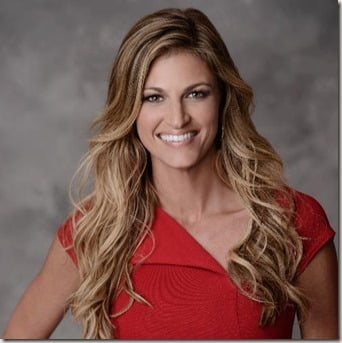 Erin Andrews is set to be the new co-host to Tom Bergeron on Dancing With The Stars this season. Here some interesting facts about her we thought you might want to know.

#1 She was called “the sideline siren” 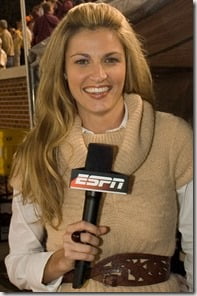 Before becoming the first host of Fox College Football’s studio show with Eddie George and Joey Harrington joining her as analysts in 2012; Erin served as a sideline reporter for ESPN College Football Saturday Primetime and Big Ten college basketball games.

#2 She was hit by foul ball 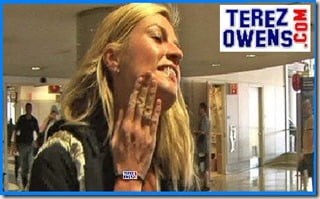 In 2009 the flawless face of ESPN’s hottest sideline reporter, was struck in the chin by a foul ball at a Mets-Dodgers game at Citi Field.

#3 Andrews Had a Nude Video Online That Went Viral 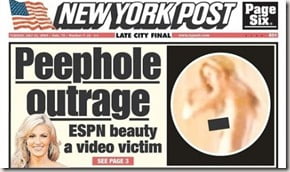 PinAccording to online info, in 2008 Andrews unfortunately was victim to a stalker who filmed her without her knowledge while she was staying at the Radisson Airport Hotel in Milwaukee, Wisconsin. The following year one of the videos was posted online and went viral. Andrews has sued her stalker –Michael Barrett, Marriott International, Radisson Hotels, and five other entities for negligence and invasion of privacy in connection with the secret videotaping. 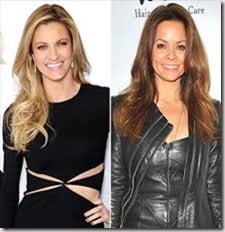 Erin Andrews is set to be the new co-host to Tom Bergeron on Dancing With The Stars this season. yesterday, the Executive Producer of DWTS, Conrad Green, told Us Weekly that co-host Brooke Burke-Charvet had been let go.

#5 Andrews Was a Contestant On The Show. 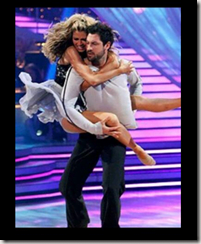 Erin Andrews was actually a contestant on DWTS in its 10th season and she was paired with dancer Maksim Chmerkovskiy.

Plus she’s got some skill, the 35-year-old was a member of the University of Florida basketball dance team, called the Dazzlers! 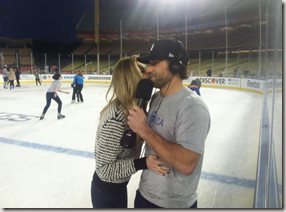 Earlier last year, the couple confirmed they were in a relationship.

#7 Seahawks, cornerback Richard Sherman yelled at her on national TV 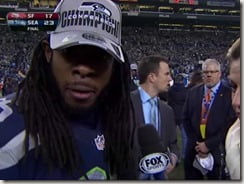 By now, pretty much everyone has seen the video of Seahawks cornerback Richard Sherman loudly proclaiming his status as the “best corner in the game” and calling the 49ers’ Michael Crabtree a “sorry receiver” as stunned Fox Sports sideline reporter Erin Andrews watches.

#8 She though her interview with Richard Sherman was awesome 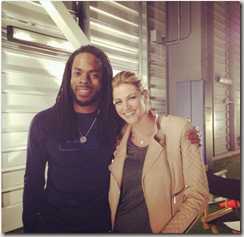 “It was awesome because I’ve done so many interviews that are just so cliché and so rehearsed and the same old same old where you feel like you’re sleepwalking,”

Later in the interview, Andrews even says that Sherman is one of her favorite players. Andrews told Elle Magazine’s Emily Zemler. 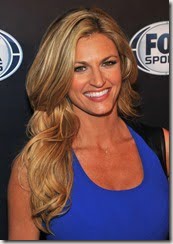 Even though the hot blonde has been chosen as the new host of DWTS, she will keep her broadcasting duties with Fox Sports.

#10 Her father is Steve Andrews 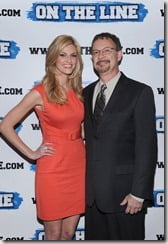 Erin has broadcasting in her blood, her father, Steve Andrews, is a longtime reporter for Tampa Bay TV channel WFLA.

How do you feel about Andrews replacing Burke-Charvet?