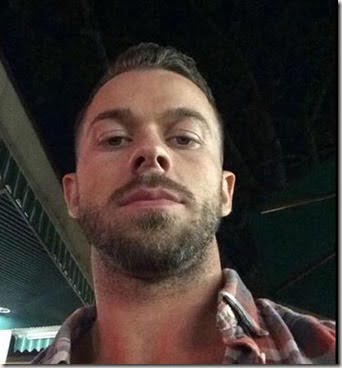 To all the DWTS fans, you are in for a treat! We imagine you’ve been following the show and if you, like us, cant get enough of Artem Chigvintsev’s hot moves, keep reading below to find out more about the 32-year-old sizzling Russian.

On the most recent episode, we saw the elaborate salsa routine, Artem and partner actress Lea Thompson did. The dancing couple scored an eight from each of the four judges, aren’t they just awesome! They couldn’t be better paired-up, Lea is clearly in great shape and Artem makes her effortlessly shine on the floor. Let’s find our more about him! #1 He became a U.S Citizen this year.

Artem was born in Russia on 12 June 1982 but on September 17th 2014 he became an American Citizen. He tweeted the good news on September 17: “Officially from today I am proud US citizen.

#2 Left Russia in his teens

At age 15, he moved away to get more dance training in Germany, Italy and England. The couple fell in love while appearing in Strictly Come Dancing and kept their romance under wraps until the very end. After weeks of flirting and fevered speculation, nearly 15million viewers watched as dance partners Kara Tointon and Artem Chigvintsev finally shared a passionate kiss. They became the show’s winners of the 2010 edition. They live with their two Pixie-Bob cats in North London.

#4 So You Think You Can Dance.

He auditioned to appear as a contestant on the first series of SYTYCD. In 2011 he choreographed for the second series of ‘So You Think You Can Dance’ on BBC One. In 2010 he n 2010, Artem joined the line up of professional dancers for series eight of ‘Strictly Come Dancing’, going on to win the series with his celebrity partner Kara Tointon. In 2011 he was partnered with actress Holly Valance and they made it through to week 11 of the ninth series of Strictly. Before getting his way into Kara’s heart, there was Giselle who is an American champion ballroom dancer. They tied the knot in 2004 but ended in divorce in 2006. His biggest scandals have been about his love life. Only 8-months into the marriage Giselle accused Artem of disappearing and she added after getting into “SYTYCD” he was obsessed with fame, success and money. His two year relationship with Inaba also gave much to talk to U.S. gossip columns. #10 Artem is in the Guinness Book of Records

He participated in the ‘It Takes Two’ challenge for the most botofogo steps in 30 seconds and managed 79 – a new world record.

Find him on Twitter here! Best of luck to Team LeaArtem!