Meet 22-year-old New Jersey man who is said to have killed several people between New Jersey and Pennsylvania! Todd West was arraigned for a double homicide in Pennsylvania, and it’s only the beginning in a long list of crimes.

West has also been charged in connection with at least 7 killings, including his cousin and one of three fatal shootings that took place last month.

The Union County Prosecutor’s Office has filed a criminal complaint against Todd West of Elizabeth, charging him with the murder of Jamil Payne on June 25.

Witnesses helped ID’ying him, who saw him leaving the scene of the murder and was also reportedly captured on surveillance video chasing Payne, 28, with his car. 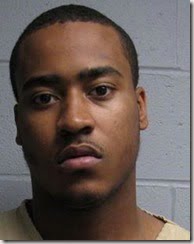 The Union County Crime Stoppers website lists West as a suspect in “multiple homicides” on June 25, though authorities have yet to confirm the information.

In court documents he admitted being the shooter in the Allentown murders, and is also linked with a string of three robberies in Allentown the day after the murder.

He and two others are also charged in the killing of Kory Ketrow in Easton, Pa., about 45 minutes before the Allentown murders.

Todd has already done time, he served 16 months of a three-year sentence for resisting arrest and eluding police while operating a motor vehicle, he was released last October.

He could face possible maximum sentence of life in prison.