Tinsley Mortimer is back in the New York scene following a, well, complicated years in Florida. The 41-year-old is the newest addition to The Real Housewives of New York sources say!

We heard about the blonde earlier this year when it was revealed she had been in an abusive relationship that even put her in jail for trespassing.

The socialite has certainly had her ups and downs and boy are we excited to see her in RHONY! Are you? Read everything you need to know about her below! 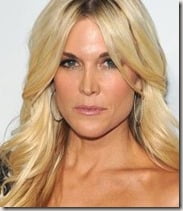 Mortimer was born August 11, 1975. She grew up in Richmond, Va., with her father, George, a rug salesman-turned-real estate investor; mother, Dale, an interior designer; and younger sister, Dabney. She was raised in the biggest home in central Virginia. The family had a nanny, two gardeners and a butler.

Mortimer attended Columbia University, but her dream was to become a big name in NY, and she did.

In the mid-2000s, Mortimer was the Queen Bee of New York City society.

She graced the pages of Vogue (where she had previously worked as a beauty assistant), made a cameo on “Gossip Girl,” commandeered Fashion Week front rows, and managed to struck serious business deals. Among them: a purse line with Japanese company Samantha Thavasa and a highly coveted gig as Dior’s beauty ambassador.

In 2010, Mortimer’s reality show, “High Society,” premiered on the CW network. Some claim the failed reality show was her demise.

She moved on and left the NY spotlight for Palm Beach where she tired to fit in planning events for a tax company called Engineered Tax Services.

In 2012, Mortimer wrote a novel, “Southern Charm,” and about a year and a half ago, she launched a line of home goods manufactured by Pop Culture Living,

Tinsley seamed to be adapting even though she did not have the billions of her neighbors, however drama found her when her love life became well, a little complicated.

She was wedded to her high school sweetheart, Robert Livingston “Topper” Mortimer. 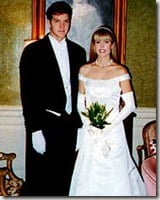 The couple eloped at age 18, however they were forced to annul their marriage by their parents. The couple remarried in 2002.

Topper’s great-grandfather was a director of Standard Oil. 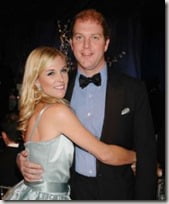 The couple separated in 2009 and finalized their divorce in 2013.

Following her separation, Tinsley has been linked to a number of men including “Bachelor” star Prince Lorenzo Borghese and “American Idol” alum Constantine Maroulis.

She was also in an alleged illicit relationship with, Casimir “Cassi” Wittgenstein-Sayn, a German royal –who is to blame in part for the end of her marriage to Topper. 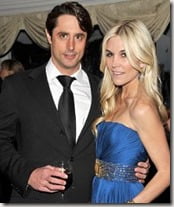 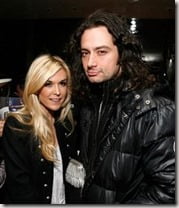 Her most controversial relationship so far, was until recently, to Alexander “Nico” Fanjul.

The socialite was booked into the Palm Beach County jail, charged with trespassing last April, and spent nearly three hours in the slammer. All as result from her toxic relationship to Fanjul. 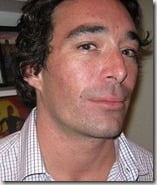 While living in Palm Beach, she met the powerful sugar heir, Fanjul. She developed an clandestine and unhealthy relationship with Fanjul, who is 10-years her junior. Fanjul is the son of sugar baron Alexander Fanjul.

He and Mortimer started seeing each other in December 2012. But Fanjul kept the relationship mainly confined to after-hours hookups.

According to one police report, Mortimer was hospitalized “due to a possible battery” on Christmas Day 2013. She first said she tripped and fell but days later she came clean in a phone conversation with police. According to that report, Mortimer was trying to intervene in a fight between her boyfriend and his younger brother, Oliver “Reddy” Fanjul, when she was “struck in the eye by Reddy.” Nico then “defended his brother,” and “the argument escalated to the point he covered her mouth and nose,” the report says.

The couple was in an on, and off relationship until recently this year.

Tinsley was born in a rich family and has always had a comfortable life.

She is described as a fashion entrepreneur and socialite. She is worth approximately $35 million of net worth. She has earned her wealth creating clothing items and handbags that are truly recognized by the fashion industry.