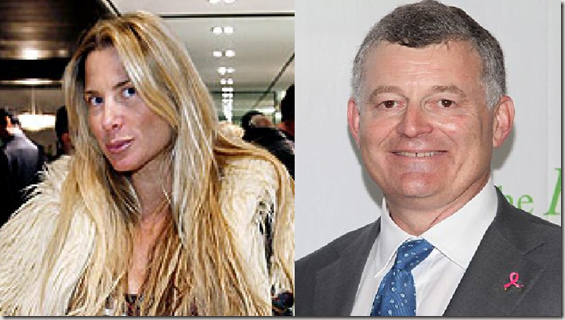 Meet 43-year-old former Manahattan socialite, Taylor Stein. She became of public knowledge when top billionaire exec William Lauder, who is the grandson of Estée Lauder and son of billionaire cosmetics heir Leonard Lauder, tried to keep their little secret under the radar! Back in 2010 it was reported that Lauder had filed a a 32-page contract between him and Taylor Stein then, 39-year-old socialite who is the mother of their now 6-year-old daughter. It spelled out that a trust held for Stein would get $1 million annually through 2017 if she did not reveal the identity of the child’s father, among other proscribed activities aimed at distancing Stein and her child from the Lauder family and keeping the matter under wraps.

The former lovers had a seven-year affair which started in 2001, while he was married to Karen Lauder. In her lawyer’s affidavit, Stein says they met in 2001 when she was a houseguest of Lauder and his wife at their Aspen home. She became pregnant twice according to a Forbes report and gave birth to their daughter in May 2007, Djuna. 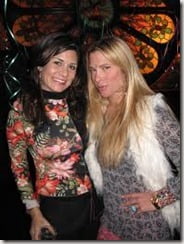 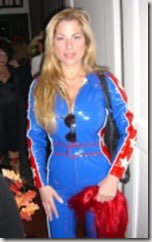 The curvaceous, Stein comes from a storied New York family, albeit of a different sort. Her father was nightclub impresario Howard Stein, who flourished in the 1980s, and her grandfather was Charles (Ruby) Stein, a loan shark murdered by ****’s Kitchen mobsters. His headless body was found floating in Jamaica Bay in 1977. 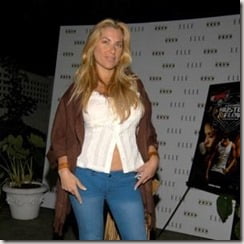 Stein hit the headlines two years ago when she bought a black-market baby for $180,000 and in the process helped the FBI bring down the Ukrainian ring that sold him to her. 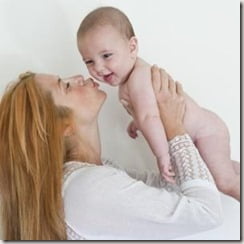 Even thou we heard about all the he said, she said, my lawyer said, her lawyer said. It’s also been reported that after Stein took Lauder to court after he attempted to renege on the deal, the former love birds remain in contact and Lauder regularly sees his daughter. And after all the scandal they reached a peaceful solution.

But last august things got out of hand as it was reported Stein punched Lauder over an argument. Lauder choose to press charges and Stein was arrested and later released on $50,000 bail. She got 19 days of community service.

Not the former lovers are at it again. Stein is suing Lauder for ownership of the LA home he bought her and their daughter and new claims of a man who has made sworn statements that Lauder offered him money to defame Stein have been reported!