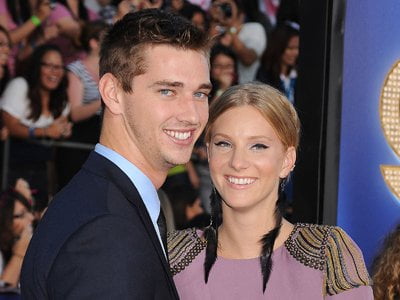 Heather Morris our one and only Brittany from hit TV series Glee is lucky in love with Taylor Hubbell, her longtime boyfriend and a former pitcher for college baseball team the Louisiana Ragin’ Cajuns. Morris met Hubbell in their high school years from their hometown of Scottsdale, Ariz., through mutual friends and they’ve been together ever since!

Even miles couldn’t keep this two appart as he moved away to play baseball for the University of Louisiana at Lafayette. Morris told Fitness magazine two years ago,

“I want to marry him so bad. That’s what I really care about. I want to marry Taylor and have kids with him. I love acting, but if it affects my relationship, then I won’t continue doing it.”

And guess what I think when you really want something with all there is in you the universe and cosmic forces just might work together and give you exactly what you wish for! Yup the couple might not be marrying just yet but our Glee star couldn’t be happier as she revealed to US Weekley she is three months preggy! 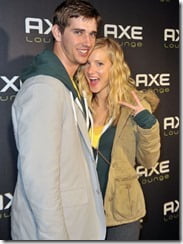 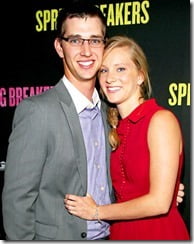 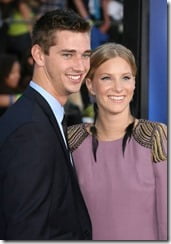 The couple moved in together since early 2012 right after Taylor graduation from college he made the leap from Louisiana into Morris’ L.A. home. I guess the baseball plans didn’t work huh!

But who is Glee star baby daddy? Taylor Hubble has made a serious effort to stay out of his famous girlfriend spotlight accompanying her to just a few Hollywood events. Taylor’s girl might be a loved TV star, or a dancer for Beyonce, or named the Celebrity Style Ambassador for FLIRT! Cosmetics, or known for her dancer physique or those piercing blue eyes of her but Taylor has his own assets! 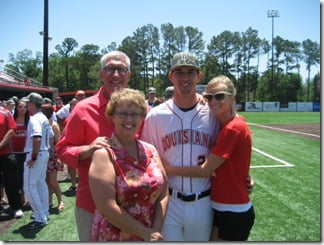 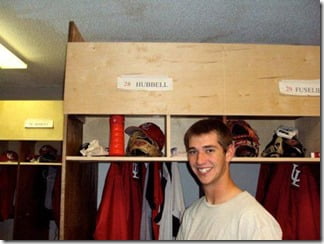 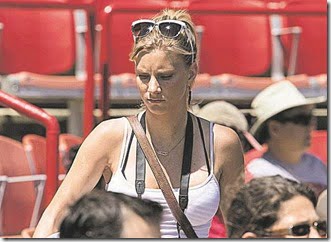 Taylor Hubble was actually a star in his own baseball world, the actress was even spotted cheering on Hubbell in Lafayette. Hubbell said he and Morris started communicating via social media in the fall of 2006, at which point Morris had already moved to California to pursue a performing career they are my true heroes for making their long distance relationship; thank God for technology huh!

The former pitcher has a degree in political-science and after graduation the plan was to find a job a communication-related field.  The baseball star said he watches every episode of “Glee” and sees multiple
characteristics his girlfriend shares with her television character:

“She’s a very happy person and very interested in making people around her smile and laugh,” 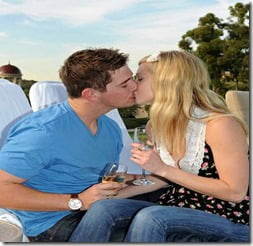 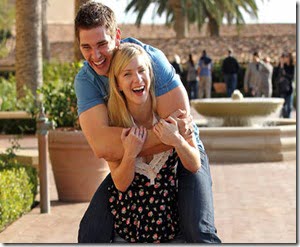 How supportive of him to watch the show and see his girl but on the other hand not very cool to see your girlfriend kissing other duds but that’s just the kind of things people dating actor should expect right. Hubbell said the couple have an array of similar interests, which include hiking, cooking and spending time at the beach; but what really made his head go to cloud nine:

Congratulations to the young good looking couple! They seem very much in love and they strike me as well balanced; he is the serious one and she brings the fun in the relationship and who knows maybe next year Hubble’s girl will get another wish granted!