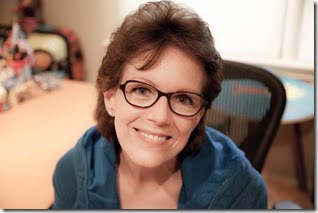 Meet Susan C. Bennett, although is not the first time you hear about her. According to a professional voice analysis showing 100% certainty, Bennet’s voice is the one millions hear from their phone on a daily basis.

CNN reporter Jessica Ravitz was recently interviewing Bennett about voice-over work, when she came to the realization that the voice she was hearing over the phone was very, very familiar. According to CNN, Bennett has, after so many years of keeping it secret, has chosen to reveal that she, indeed, is the voice of Siri, Apple’s virtual mobile assistant.

Bennett began working with ScanSoft, a software company providing virtual voices for a variety of applications, back in 2005. This work and the variety of recordings she performed for them became, in 2011, the voice heard today on iPhone operating systems, including the iOS 7. Bennett was never told that her voice would be used for Siri, but she knew it when she heard it.

Imagine we probably have all heard her voice before! One way or the other. She began her career some 40 years ago as “Tillie the All-Time Teller,” the first ATM machine. She is a singer/voice actor/keyboard player, working and playing in the Atlanta area, music in deed has been a huge part of her life. She attended Clinton Central High School, Clinton NY but currently lives in Sandy Springs, Georgia. She has been married to another musician since February 15, 1997 her hubby Rick “Slipp” Hinkle with whom she performs as “The Rick and Susan Duo“. She has a son who is a photographer in Los Angeles named Cameron.

During the CNN interview that you can read here, Cameron joked saying

Her voice has been everywhere throughout my life. I’d call my bank while I was in college in Colorado, and it was my mom telling me I had $4 The graduate of Brown University; member of the band Laugh & Cry, affiliated with The Berklee School of music, and featuring renowned bassist, Abe Laboriel; backup vocalist on tour with Burt Bacharach and Roy Orbison has had over 20-years of experience doing voice-overs and singing both live and in studio for such clients as Ford, Coca-Cola, Fisher Price, McDonald’s, The Home Depot, Goodyear, VISA, Macy’s, Club Med, Delta Airlines, and The Cartoon Network. Susan is a member of SAG-AFTRA, The American Federation of Musicians, and Women in Film. Along with her husband, guitarist and composer Rick Hinkle, she is co-owner of Audiocam Music, a full service recording studio. You can see more of her work on her resume here.

Althoug she wasn’t sure if she wanted the notoriety, Susan said an article prompted her to come forward and say she was the true voice of Siri.

Why shouldn’t she deserve the credit right she has over two decades of experience to back her up! And the timing could not be more perfect since it happens to be on the second anniversary of Siri’s grand unveiling!

No doubt she is great talent, if you want to hear her just tap on your phone!