Sue Klebold is the mother of Dylan Klebold. Her son’s name became famous when in 1999 he became one of two direct perpetrators of the deadliest high school shooting in U.S. history.

The pair who killed 12 people and injured 24 others, proceeded to take their own lives at the school’s library where they had killed at least 10 of their victims.

It’s been almost two decades of the horror, Susan’ son caused, and is until now that she will speak for the first time in an exclusive interview with Diana Sawyer on 20/20. The now 68-year-old has written a memoir in which she talks about her experiences before and after the shooting, called “A Mother’s Reckoning: Living in the Aftermath of Tragedy”.

Susan Klebold was born Susan Yassenoff in 1948. She married husband, Thomas Klebold, who was a geophysicist and owned a successful mortgage business. Together, they produced two children. Susan Klebold gave birth to Dylan on September 11, 1981, in Lakewood, Colorado. She is also the mother of Dylan’s older brother, Bryon. 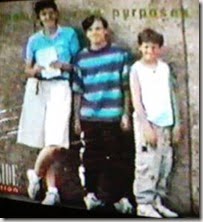 Susan Klebold, first addressed the Columbine High School massacre publicly in it’s ten-year anniversary in 2009. She wrote in an essay for O: The Oprah Magazine, ”For the rest of my life, I will be haunted by the horror and anguish Dylan caused,” “Dylan changed everything I believed about myself, about God, about family, and about love.” Both her son and his accomplice, kept diaries offering chilling details about their activities in the months before the attack.
Mrs Klebold also told author Andrew Solomon in the past: ‘I can never decide whether it’s worse to think your child was hardwired to be like this and that you couldn’t have done anything, or to think he was a good person and something set this off in him.’ 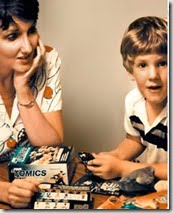 Susan Klebold used to work for the state of Colorado, administering training programs for people with disabilities.

Before the shooting, Klebold said she had believed she was the kind of parent who would have noticed if something were amiss with her son.

Susan Klebold and her husband have remained far from the public eye, constantly rejecting interviews.

Wondering why Susan speaks now? Susan Klebold has said, the Sandy Hook shootings of 2012 helped her to share her story.

Susan Klebold is donating profits from the book to mental health charities and research.