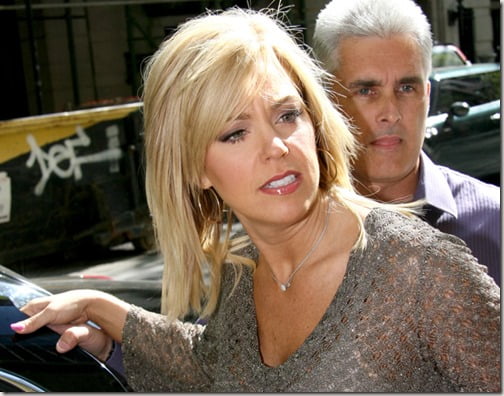 We’ve heard it all before, 38-year-old Kate Gosseling denying her alleged affair to her body guard Steve Neild for years but evidence might indicate what’s really going on between them! 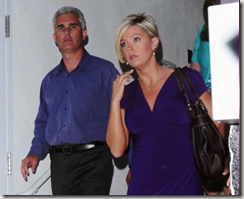 New intel indicates that the reality star’s longtime protector may be guarding Kate in private as well.

The celebrity gossip site Radar Online reported a few weeks ago that Kate and Steve were holding hands at a concert they attended together. And sources say they were not trying to hide it.

Steven K. Neild from Prudential Associates Inc. in Rockville, Maryland; is actually a former police, married man, to wifey Gina Neild and father of their children. He is a Kiwi land native where he worked as a cop for 19-years; and also was a bodyguard for former president Bill Clinton (he had a good role-model)

Neild first appeared in the life of Kate in late 2008 when fans started to appear at the family Jon & Kate Plus 8  front door. Steve who is a special expertise is in VIP protection and major event security planning. His experience has included work for the 2000 Olympics, the 2001 Queensland Commonwealth Heads of Government Meeting (CHOGM), close protection planning and management for the Asia Pacific Economic Cooperation (APEC), for the Royal Families of Britain, Thailand, and Brunei, U.S. President Clinton, and many other elected heads of state.

Mr. Neild has also served in leadership roles of large-scale security operations during the 2000 and 2004 Olympics and numerous major sporting events worldwide.

He has been the central point of contact and liaison with marketing and major corporate management operations, local police, various military representatives, and with government and international intelligence agencies. Recent reports say Steve Neild’s wife, Gina, posted a photo of herself with Steve and their two sons to Facebook which every news portal is saying it screams “This man is mine, step back, beeyatch!”

But until Kate and her alleged lover come clean there is nothing we can do. To the date their bodyguard-real-life-affair would be on their sixth year.

What do you think, are they or not in a romantic relationship? Is that family photo good enough proof for you?