Stephanie Dooley  is the wife of English actor, singer and TV personality, Darren Day. Her 47-year-old husband who is currently competing on Big Brother might have gotten himself in a whole lot of trouble with the missus!

According to the Mirror, Darren talked about his affair with Suzanne Shaw to some of his housemates. The former couple met on the set of musical Summer Holiday while they were both in relationships with other people. However, the pair eventually left their partners to be together. As a result of their romance they produced son Corey.

If housemate Stephanie Davis was in shock after hearing him can you imagine how his wife, Stephanie Dooley will react?

We have no idea how Stephanie Dooley might react but it might not be that big of a deal, after all the couple has been married for a number of years, share two children together and Day assured his romance with Shaw was a thing of the past. 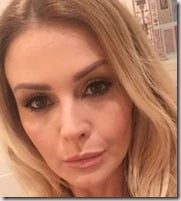 Actress Stephanie Dooley, was married to Darren Day in 2007. The couple shares two children: daughter, Madison, nine, and son, Dalton, four. The pretty blonde also has a teenage son, Jordan, from a previous relationship. Darren is also a stepfather to Dooley’s son Jordan, 17. 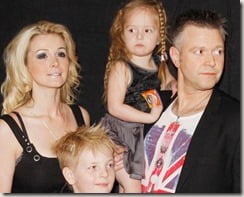 Stephanie Dooley was born as Stephanie Ann Dooley. According to her IMDb page, she is best known for her roles in Hyperdrive (2006), Casualty (1986) and All at Sea (2013). The daughter of Denis and Ann Dooley, also has two siblings, brother, actor Shaun Dooley and sister, Kimberly Dooley.

It’s well known in England, her husband had a reputation during his younger days but we don’t think Stephanie Dooley has anything to worry about. Next year it will be their 10th year anniversary and he said of his romance with Shaw –which only lasted a year and a half, –its all been a happy ending.