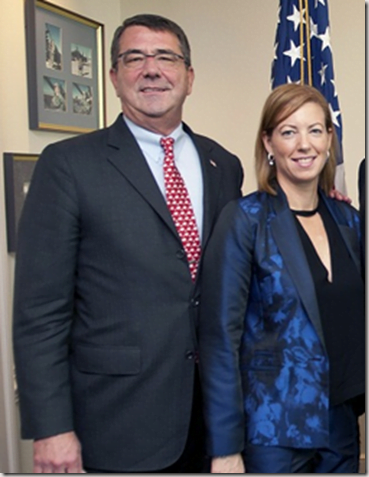 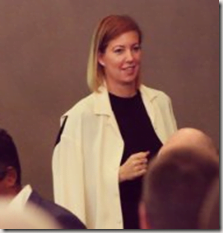 Stephanie’s hubby is the new U.S defense Secretary and during the press conference following his swearing-in, something odd took place. 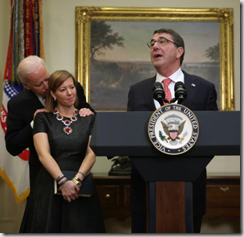 Pin VP Joe Biden was seen whispering in her ear, and placing his hands on her shoulders. Stephanie who according to her LinkedIn is a General Partner at ABS Capital Partners looked beyond annoyed by the out of place action of Biden, raising the obvious question: what in the world was Joe telling her? 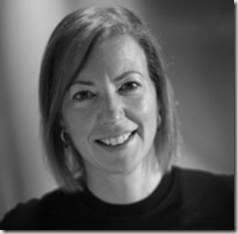 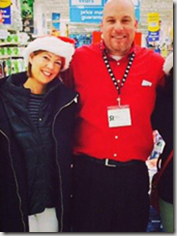 The former associate at Alex. Brown & Sons Capital Markets, is active on social media and says on her Tweeter feed, “vc marketer, wife of ash, mother of a poodle, love fashion & food & workouts that keep me in a size 2” 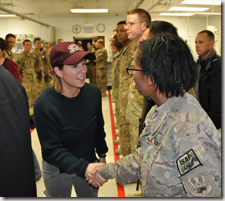 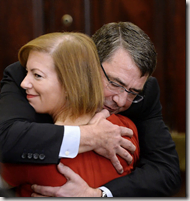 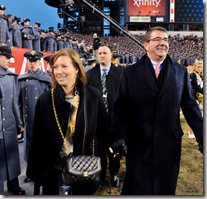 According to her Capital Partner page bio, she first joined ABS on the administrative side of the business. From 1997 to 1999, Stephanie was part of Deutsche Bank Alex. Brown’s Venture Capital Services Group in the Equity Capital Markets division.

What do you think of Biden’s awkward move on Stephanie?