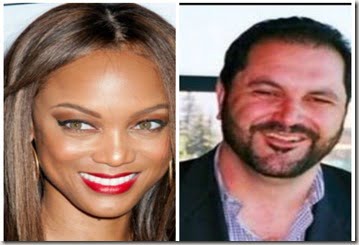 News has surfaced on the love life of supermodel Tyra Banks. According to Valleywag the Victoria’s Secret icon is dating Sherpa Ventures Managing Director Shervin Pishevar.

It’s been a while since we’ve heard about Tyra’s private life, the 40-year-old was said to have met Shervin in the fall and sources tell Valleywag that the couple vacationed together over the holidays.

Is not weird to see two brilliant minds together, Tyra who who turned-businesswoman has been the force behind the “America’s Next Top Model” success and her new man has quite an impressive resume. So who is Shervin Pishevar? And what do we know about him?

Actually there is a lot of info you can find online about him, but here is what we want to share with you that we think is the most interesting.

You can tell by his name the guy is not from around the area, Shervin’s family history is like the one of many immigrants in fact. According to one of his many bio’s his parents escaped the regime of the Ayatollah Khomeini in Iran and immigrated to the U.S. when he was 6 years old. He says he credits his drive and entrepreneurial spirit to his father, who drove taxis in Washington, DC, despite having a Masters degree, and to his mother, a former teacher, who worked as a hotel maid to help him and his siblings have a better life in America. Shervin is a graduate of the University of California (BA, Interdisciplinary Studies Field Major), a published researcher in JAMA and Neuroscience Letters and the author of several US patents!

The guy certainly knows what hard work is and has equally been living the dream. Before joining Menlo, Shervin was chief application officer and GM at Mozilla Corporation after spending most of his career as a serial entrepreneur and angel investor. Shervin was chosen by the US Government as an Outstanding American by Choice – one of only 100 naturalized Americans to be chosen since the beginning of the award. On his personal life, the smart guy was married to Anahita “Ana” Pishevar  (pictured above) but their union ended up in divorce.

Shervin has over 50,000 followers and you can find him on twitter here, LinkedIn here, webpage here and a full list of his current and former companies, current and former financial organizations, milestones and investments here.

So what do you think, do we like this new power couple??