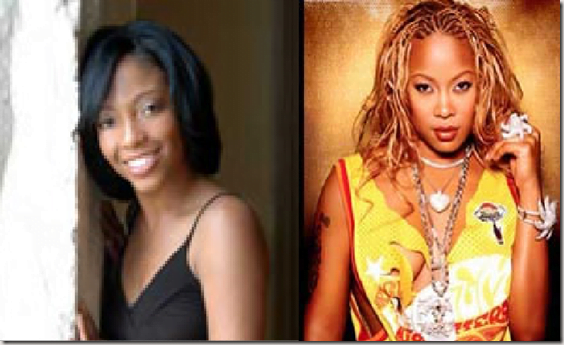 Do you remember the case between rapper DaBrat and a young woman named Shayla Stevens? It was 2008 when Da Brat was sentenced to three years in prison for hitting a woman in the head with a bottle. That woman was former Atlanta Falcon’s cheerleader Shayla S.

According to official reports, Da Brat was at Studio 72 when she hit Shayla Stevens upside the head with a bottle. She sustained a deep cut to the cheek and some swelling on the forehead, and has a permanent scar on her face as a result. Da Brat who was released in 2011 used a rum bottle to deliberately hit Stevens who was working as the joint’s hostess.

Shayla Stevens, in addition to being a Falcons cheerleader, is a dance choreographer, an actress and an entrepreneur. She graduated from Florida A&M University Magna *** Laude in Tallahassee, Florida.

Shawntae Harris pleaded guilty to aggravated assault in DeKalb County. Superior Court Judge Gail Flake sentenced her to three years behind bars and seven on probation, plus 200 hours of community service and completion of substance abuse treatment, mental evaluation and anger management classes.
Described as an aspiring model and actress, Shayla’s dreams of making a name for herself in the entertaining industry were shattered.  At the time Stevens was supposed to appear on the House of Payne television show which she missed among other work engagements. 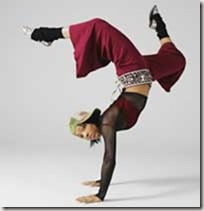 For Shayla it wasn’t enough to see the female rapper behind bars but she also files a lawsuit the following year in 2009. Stevens filed suit back in 2009 and the jury just ruled in her favor.
According to TMZ, the NFL former cheerleader is now a millionaire! She is 3.7 million richer to be exact!

The incident which took place at an ATL nightclub 7 years ago left Shayla to receive six stitches for a head wound. The veredict reached today appointed the 39-year-old Harris as the responsible for causing Stevens’ permanent facial scarring, neurological impairment, and severe mental pain.
Good for Shayla! You can find her on Facebook here.