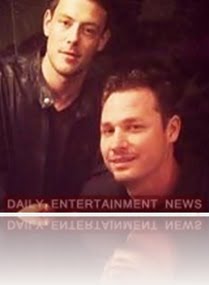 A terrible news hit the world today, Corey Monteith the young and  very talented actor in Glee was  found dead in a Vancouver hotel room Saturday, Vancouver police said. He was 31. Corey is survived by his parents and beloved brother Shaun Monteith.

34-year-old  Shaun Monteith is the older brother of Cory Monteith who portrayed Finn Hudson on the Fox television series Glee.  Shaun is the eldest son of Joe Monteith a former military man and interior decorator Ann McGregor, Shaun was just 10 when his parents got divorced.

Shaun and his famous little brother went to live with his mother in Victoria, British Columbia. There is not much information about what Shaun did with his life, he stayed out of the public eye, but sources close to the Monteith brothers commented they were very close and check on each other constantly.

Our thoughts and prayers go  out to Shaun, and his parents during this sad time.