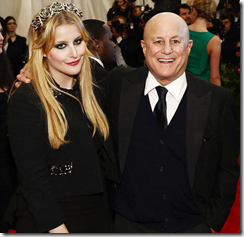 23-year-old Samantha Perelman is the daughter of Ronald O. Perelman, the 70-year-old financier and chairman of the cosmetics company Revlon, whose own fortune is estimated at roughly $14 billion and gossip columnist Claudia Cohen. Her parents met in 1984 at Le Cirque and she is the couple’s only child but she has seven more siblings from her father’s side. Samantha’s parents were married from 1985-1994, Claudia was Perelman’s second wife; she died after a long battle with ovarian cancer in 2007. Samantha was born into a wealthy family without a doubt her mother was the daughter of Robert B. Cohen, the founder of the Hudson Media empire valued at $800 million. Samantha grandfather passed away just last year at age 86 and since her mother also died back in 2007 and being the biggest beneficiary of her mother’s estate, most of that fortune, now that her grandfather has passed would go to her. Samantha Perelman, a 23-year-old student at Columbia University, will be at the center of a nasty family battle in a New Jersey courtroom this week. She is alleging her own uncle James Cohen cheated her out of her rightful inheritance from her grandfather. The daughter of billionaire Cigar Aficionado investor and leveraged-buyout king Ron Pearlman who attended the University of Pennsylvania, where the Pearlman family name adorns a campus quad is in the middle of a nasty family feud where lawyers are bringing up the worst possible scenarios from their clients.

Here is what she says

“I tried to see my grandfather when I was home from college over the four years I attend Penn,” “I was always told he wasn’t available or that it wasn’t a good time.”

Accompanied from the accusations her uncle took advantage of her dying grandfather, Robert Cohen, to rewrite his will three times and cheat her out of an estimated $600 million inheritance.

Here is what her uncle, James Cohen, says

his father tough-as-nails media mogul wasn’t the type to be conned into anything.

Do you think the Samantha should get her chuck out of her late grandfather’s fortune?? The ugly legal brawl that has conservatively cost at least $60 million in legal bills so far, according to lawyers on both sides, with Ron as her father Samantha won’t be lacking for advice that’s for sure.