Sam Sotoodeh, 48, and Barzeen Soroudi, 40 where two of the protesters wearing white anti Lochte T-shirts and khaki pants apprehended after they approached the judges tables after US Olympic swimmer Ryan Lochte received the judges’ feedback after his first dance with professional dancer Cheryl Burke, his partner for the show’s 23rd season.

The raged that started all after Ryan Lochte fabricated a story that he was robbed at gunpoint at a gas station in Rio, Brazil during the 2016 Summer Olympics. 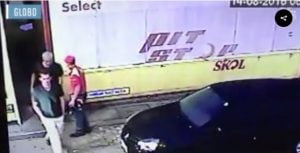 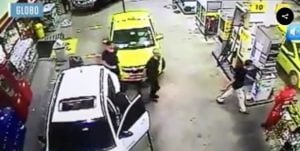 Authorities later determined there was no evidence of a robbery and that Lochte had actually vandalized a gas station where the alleged robbery had taken place. Lochte was suspended for ten months from the game. He also lost several endorsements deals.

Competing on Dancing with the Stars after he publicly apologized on national television was his bid for redemption cut short by two protesters stormed the dance floor before they were subdued and escorted out of the building.

Indeed a scary moment for Olympic swimmer Ryan Lochte and DWTS pro dancer Cheryl Burke. They finished their first performance on the premiere of Dancing With the Stars, when two men wearing white anti Lochte T-shirts and khaki pants ran into the dance floor, shouting that Ryan was a liar, before being apprehended by security. 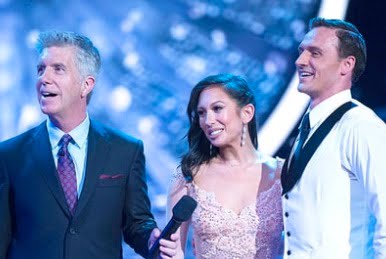 Ryan spoke about the incident.

” I was really hurt when I saw that. But I looked at Cheryl who said, you just did what you said you can’t do. You danced in front of millions. And I was like, you’re right!”

Derek ran out from backstage, yelling at them to leave the show. 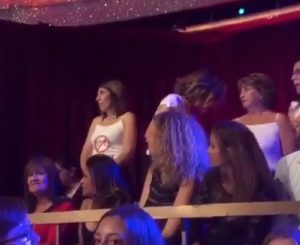 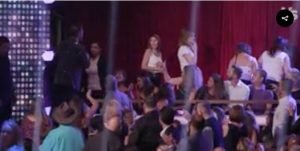 “This is a good show, a positive show” Derek yelled at the protesters as they leave.

Derek said that he was so sick of this world judging and condemning each other. There’s so much negativity.