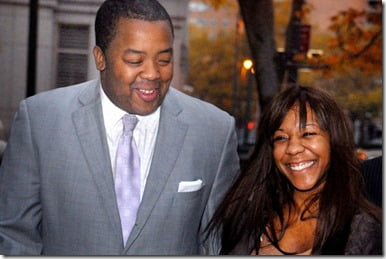 Are you familiar with the corruption case of Democratic member of the New York State Assembly, William Boyland Jr.? Well let us tell you about someone who was in charge of doing the ***** in all senses of the expression!

Meet 35-year-old Ry-Ann Hermon of Brooklyn NY, she has also lived in Queens Village, NY and Hempstead, NY. She is the former chief of staff for Assemblyman William Boyland, who pleaded guilty last year and admitted to accepting bribes from undercover FBI agents posing as businessmen seeking favors from Boyland.

“I don’t know if I would ever get any extra money out of it or not,” “Because at the end of the day, my description is to work for him. So if you’re trying to give me a bonus check, bring it. I’ll welcome it.”

She was eventually arrested alongside Boyland on corruption raps.

Hermon’s boss and sexual partner, solicited money from undercovers to secure permits for local carnivals and for easy access to properties that could be profitably developed. His lawyers have countered that he lobbied for contributions like any other politician but never actually intended to ­deliver favors. 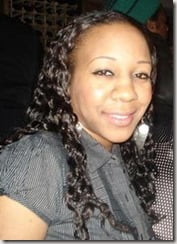 Federal prosecutors have stated in court papers that Hermon had a “close, personal and confidential relationship” with the 43-year-old Boyland. The feds argue the affair is evidence of why Boyland trusted her to participate in his various illegal schemes.

Hermon was famously caught on a tape recording cooing, “Oh, my God! You just, like made me hot!” after taking a $1,000 payoff in 2012, according to court papers. You can read here the full FBI document where she was charged with bribery and hobbs.

She quickly copped a plea and is expected to testify against Boyland in court as the government’s star witness.

Her LinkedIn profile says she is a Nonprofit Organization Management Professional. She worked for the NY State assembly since 2008 till 2012. Her duties  included, Responsible for overall office functions including supervision of staff and advising Assemblyman Boyland on certain district matters and projects. Among other.

You can find her on myspace here.